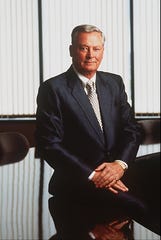 Paris Hilton is mourning the death of her grandfather, hotelier Barron Hilton, who died Thursday at home from natural causes at 91.

The heiress, 38, shared several throwback photos on Instagram of herself with her grandfather, whom she called a “legend, a visionary, brilliant, handsome, kind” man who “lived a life full of accomplishment and adventure.”

“Ever since I was a little girl I have looked up to him as a businessman.” Hilton continued. “I feel so grateful to have had such an incredible mentor. I always wanted to make him proud. The last conversation we had a few days ago I told him how much of an impact he had on my life. His spirit, heart and legacy will live on in me.” 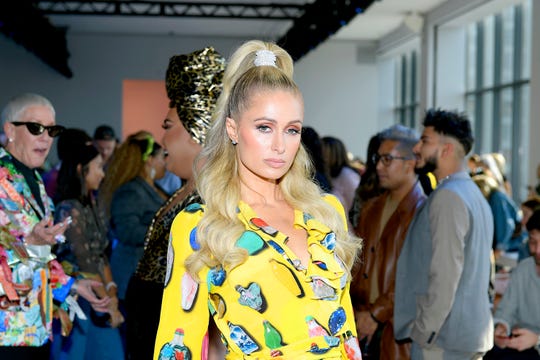 The longtime chairman, president and CEO of Hilton Hotels Corporation, Barron Hilton dramatically expanded the domestic hotel chain begun by his father with a lucrative series of real-estate acquisitions and mergers. He also took the company into the gaming industry before selling those operations over the course of 2006 to 2007.

In 2007, he announced he would donate $1.2 billion in proceeds from the sale of Hilton Hotels Corporation and Harrah’s Entertainment to his father’s eponymous foundation, whose mission is to “relieve the suffering, the distressed and the destitute.”

That year, at a foundation board meeting, he signaled his intent to follow his father’s example of donating 97% of his net worth (valued at $2.3 billion in at the time) to the nonprofit, which has supported causes such as ending chronic homelessness in Los Angeles, disaster relief and recovery and water and sanitation systems in the developing world.

He leaves behind eight children, 15 grandchildren (including Paris) and four great-grandchildren.

Sept. 25 is the day to start shopping for flights, AAA says

How to score Round-trip tickets under $100

Passengers’ trip was rerouted from Cuba to the Bahamas after ban