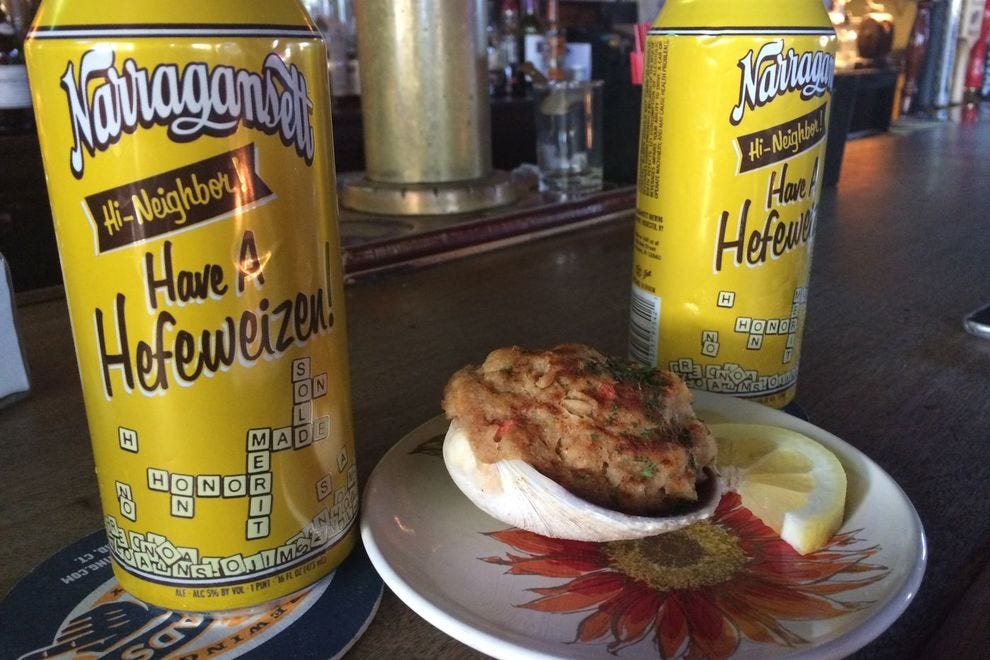 Rhode Island has a rich brewing history: the Narragansett Brewing Company, founded in Cranston in 1890, once produced the most popular beer in New England. When Captain Quint crushed a beer in Jaws, he mutilated a ‘Ganny pop-top to flex his ego.

Narragansett eventually fell victim to competition from the likes of Anheuser-Busch and shut its brewery doors in 1983, but what goes around comes around, and today there are more than two dozen Rhode Island microbreweries steadily stealing market share from Budweiser, and even Narragansett is back to saying “Hi, Neighbor!” to New Englanders and brewing beer in the Ocean State.

Strict state regulations on beer production, distribution and sales long held the state’s brewers back, says Sean Larkin, co-owner and co-founder of Revival Brewing Co., but loosened laws have helped fuel rapid growth. “Rhode Island has always been known for its great restaurants, and our beer culture is now on par with our food culture,” Larkin says.

Larkin was a brewmaster for several of Rhode Island’s other top breweries before starting Revival in 2011. The Cranston brewery has both a tasting room and a “tasty room” – a restaurant and brewpub serving snacks, sandwiches and fancier fare in a spacious dining area and outdoor patio.

The looming hammerhead shark on the label is a hint that the Hamr Oceanic State pale ale packs a hoppy bite.

You’ll find some of Rhode Island’s best IPAs in a ramshackle barn on a farm in rural Exeter – Tilted Barn grows its own hops to make favorites like the Chosen One and Other One double IPAs. The state’s original “farm to pint” brewery offers tastings and sales of an ever-expanding lineup of canned beers on Thursdays, Fridays and Saturdays.

Westerly has a charming downtown that’s often overlooked by Rhode island visitors, but the Grey Sail brewery and tasting room are more than enough reason to check out Little Rhody’s southernmost city. It’s no coincidence that two of the brewery’s signature beers, the Flying Jenny extra pale ale and the Captain’s Daughter double IPA, have female associations – women rule both the boardroom and the brewing room at Grey Sail.

Foolproof may have the best top-to-bottom lineup of any brewery in Rhode Island. Uniformly excellent standbys include the light-bodied Barstool ale and the rich Raincloud porter, and the addition of adventurous brews like the Tatou Rose saison prove that the brewers are unafraid to take chances, as well.

One thing that’s not foolproof is the location of the the brewery on the back streets of Pawtucket. Check the website, not your GPS, for directions.

Founded by a trio of college buddies, Newport Craft Brewing pioneered the brewing revival on Aquidneck Island in the 1990s. The brewery has recently upped its game with the introduction of a broad array of beers that includes traditional favorites like the Storm amber ale and stouts, kolsches, pilsners, IPAs, and a pair of brews made in collaboration with Middletown’s Frosty Freez ice cream stand. 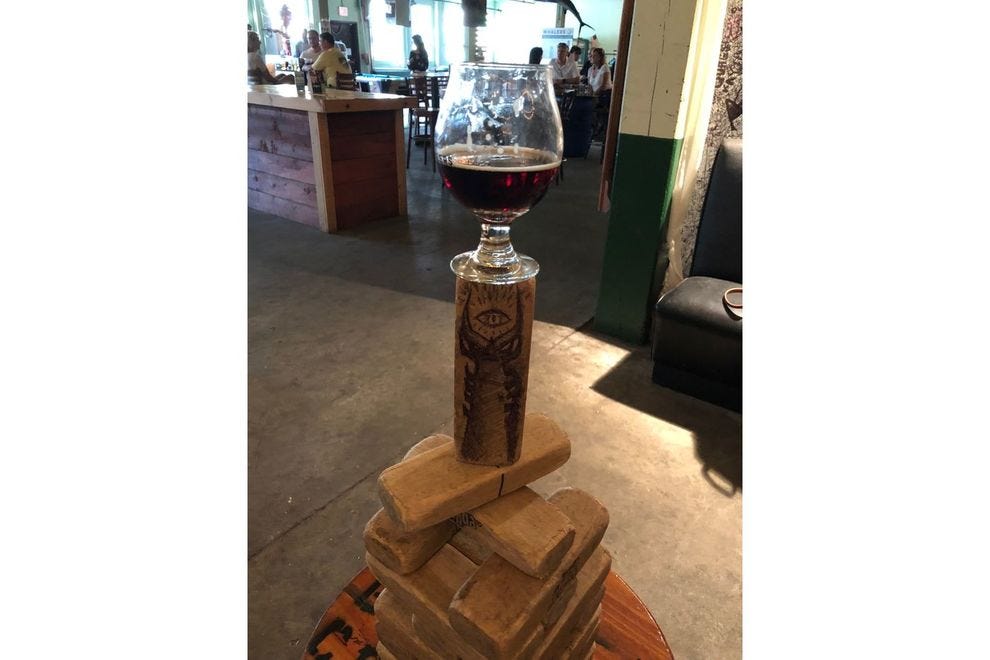 Whalers is Rhode Island’s hottest brewery. You can find its Rise, a two-time winner of the World Beer Awards for best American-style Pale Ale, on draft at bars all over the state as well as at the brewery’s taproom, located in the former Palisades mill in Peace Dale.

One of Rhode Island’s newest breweries is the post-football passion of former New England Patriots’ lineman Dan Koppen, who founded LineSider with East Greenwich neighbor Jeremy Ruff in 2018. The modern taproom has more than a dozen beers on draft, including American and German styles and an Irish red ale called Battle Scar, a loving tribute to Ruff’s daughter, Scarlett, with portions of the proceeds going to the Acute Flaccid Myelitis Foundation.

The granddaddy of Rhode Island brewpubs has been a downtown Providence fixture since 1994. Trinity still fills growlers full of freshly brewed beer for its loyal customers, in addition to serving more than a half-dozen brews on tap. Tommy’s Red Ale is a staple, while the Summer Cruise is a refresher best enjoyed outdoors at the Trinity Beer Garden in Kennedy Plaza. 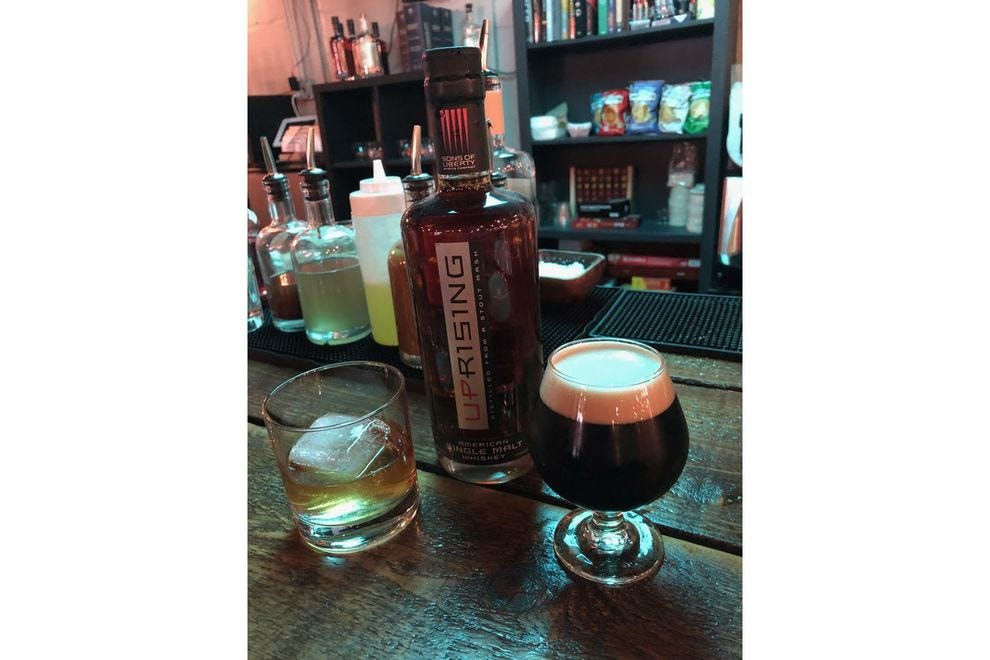 Sons of Liberty built its reputation making whiskey and bourbon from high-quality distiller’s beer. Now, they’ve come full circle and sell refined versions of their source brews, like the Battle Cry Belgian tripel that pairs with the single-malt whiskey of the same name.

The tasting room at this Warwick brewery has vintage video games to enjoy between sips, but the brewers aren’t playing around when it comes to the beer. Proclamation brews more than 100 varieties of beer in every conceivable style, including oddities like a “fritter ale” made with local Knead Doughnuts, a dry-hopped Grisette, and a wide variety of oak-aged ales. 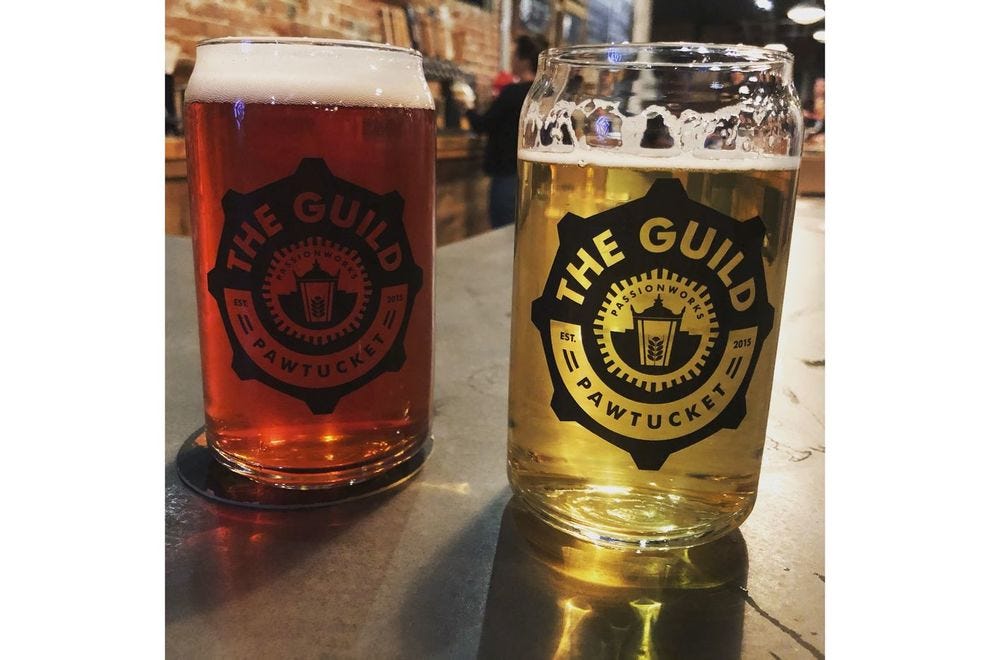 Paired pints at The Guild — Photo courtesy of Bob Curley

If you want to sample beers from a variety of breweries but only have time to make one stop, visit The Guild in Pawtucket, where seven regional breweries share space and production facilities. That includes Narragansett, which makes its flagship lager in upstate New York but returned to Rhode Island after several decades away to brew several of its specialty beers at The Guild, starting (appropriately enough) with the It’s About Time IPA.

How popular spots are faring

10 of the best breweries and distilleries across Hawaii

What are the best credit card and loyalty programs for travelers?

10 places where going to bed can be an adventure