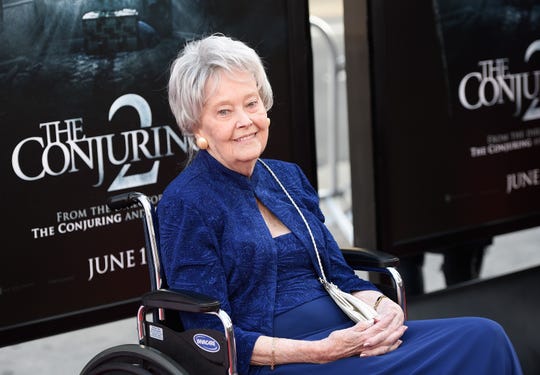 “From a deep feeling of sorrow, a deep feeling of gratitude emerges,” she began a series of tweets. “I was so blessed to have known her and am honored to portray her. She lived her life in grace and cheerfulness. She wore a helmet of salvation, she dawned her sword, compassion and took a shield of faith. Righteousness was her breastplate, and she has touched my life so.”

Lorraine and Ed Warren’s exploration and investigation into the Amityville murders served as the basis “The Conjuring” series, in which Farmiga and Patrick Wilson played the couple. Ed died in 2006. 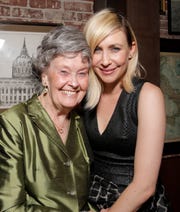 Warren and Farmigia posed together at an after party for the premiere of “The Conjuring” in 2013. (Photo: Todd Williamson, Todd Williamson/Invision/AP)

My dear friend Lorraine Warren has passed. From a deep feeling of sorrow, a deep feeling of gratitude emerges. I was so blessed to have known her and am honored to portray her. She lived her life in grace and cheerfulness. She wore a helmet of salvation, she dawned her sword… pic.twitter.com/Kn2E6ZO9fL

Warren died in her sleep Thursday night, according to a Facebook post from her son-in-law Tony Spera, who also serves as director of the New England Society for Psychic Research, founded by Lorraine and Ed. His post was shared by the Facebook page for the research society, which wrote “regretfully (announcing) the passing of our loving teacher, mentor, friend, mother, Lorraine.”

“Lorraine touched many lives and was loved by so many,” Spera wrote. “She was a remarkable, loving, compassionate and giving soul. To quote Will Rogers, she never met a person she didn’t like. She was an avid animal lover and contributed to many animal charities and rescues. She was wonderful and giving to her entire family. May God Bless her.”

Warren investigated the paranormal into old-age and served as a consultant for “The Conjuring” franchise. She told USA TODAY in 2013 that many of the terrifying moments she experienced actually made it into the film series.

“The things that went on there were just so incredibly frightening,” she said. “It still affects me to talk about it today.”

For $5.99 you can see Oscar nominees online, or some on Netflix

It’s ‘scary’ coming back to music after Lyme battle