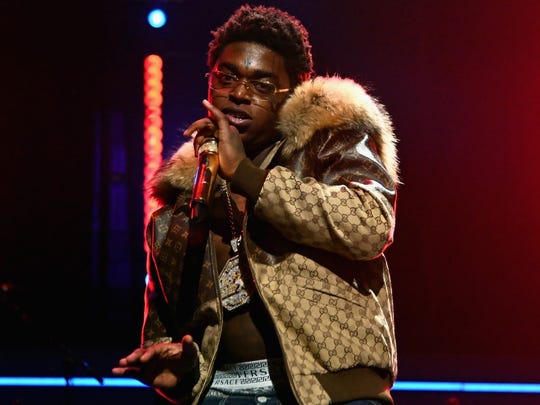 New York State Police said in a press release Thursday that the 21-year-old rapper (whose real name is Bill Kapri) was charged with criminal possession of a weapon and unlawful possession of marijuana after he and three other men attempted to enter the United States via the Lewiston-Queenston Bridge.

Kapri was released Thursday on a $20,000 bail, the Niagara County Sheriff’s Department confirmed.

Kapri was driving a Cadillac Escalade, in which police found marijuana and a Glock 9mm pistol that he did not declare, according to the reports. An additional associate of Kapri’s was driving a Porsche, which police searched. They reportedly found two loaded handguns inside the car, as well as a third gun and marijuana in the trunk.

According to a statement by a CBP spokesperson, “During the initial inspection, the U.S. citizens admitted to being in possession of marijuana and firearms.  During a secondary inspection, it was revealed that the weapons were possessed unlawfully in New York State and subsequently the marijuana, firearms and subjects were turned over to the New York State Police for further processing.”

The four men were arraigned in the town of Lewiston and taken to the Niagara County Jail in lieu of bail, with their next court date scheduled for next month.

The rapper’s arrest came as he was scheduled to appear at two concerts in Boston on Wednesday night.

According to The Boston Herald and WCVH-5, police were called to the city’s House of Blues venue when a fight broke out on the sidewalk outside the venue around 8:30 p.m. EDT, with a witness telling the Herald that he saw “jaws broken, bloody, fists swinging.” At least one person was taken away from the scene in an ambulance.

Black had been scheduled to perform two shows at the House of Blues that evening, one at 5 p.m. and 9:30 p.m. After he failed to show up, the venue released a statement at 9:30 p.m. announcing that both shows were being postponed.

“With sincere apologies, due to unforeseen circumstances, the Kodak Black shows have been postponed,” the tweet reads. “New dates will be announced as soon as possible.”

Kodak Black, who was recently criticized for flirty comments he made to Lauren London after her former partner Nipsey Hussle was murdered, has yet to comment on his absence from the shows or the brawl outside.

Prince died 3 years ago his estate still unsettled here's why