10 new shows are coming to TV this spring including “The Act” on Hulu and “Turn Up Charlie” on Netflix.
USA TODAY

As an Egyptian American and Muslim, comedian Ramy Youssef has had his fair share of awkward experiences dating non-Arabs.

“There was this girl I hung out with a couple times who always wanted to go to Middle Eastern restaurants, and she’d keep asking me if the stuff was authentic,” Youssef says. “She also had roommates (who) were excited by the idea of me. They kept asking me questions about Egypt, which was fine at first, but it was the only thing they seemed to be into. That was interesting.”

Youssef, , laughs about such encounters, which are at the heart of his new Hulu comedy “Ramy” (streaming Friday), which he created and stars in as a character loosely based on his own life. The 10-episode first season follows Ramy, who still lives at home in New Jersey with his immigrant parents, as he grapples with relationships, religion and finding his purpose after he gets laid off from a failing tech startup. 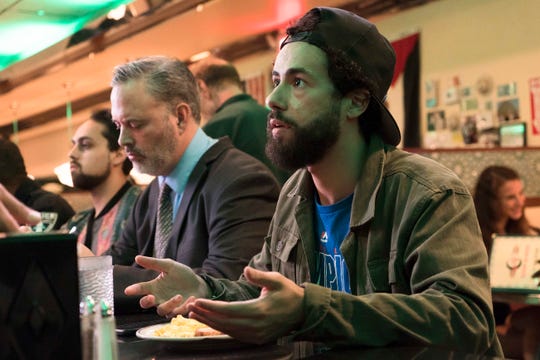 When it comes to depicting the romantic lives of Muslim Americans onscreen, recent movies such as 2007’s “Arranged” and 2017’s “The Big Sick” have shown characters facing the prospect of arranged marriages, often leading to conflict within their strictly religious families. But Youssef wants to show that’s not the case for all millennial Muslims.

“A lot of the stuff I see (in media) is people trying to erase where they came from or distance themselves from their parents, but that’s just not what I’ve experienced in my life,” he says. “What I wanted to highlight was someone struggling to adhere to their faith but also wanting to be in the present moment and experience other things. That’s something a lot of us go through, whether you’re Muslim or anything else.”

In early episodes, Ramy’s friends ask him why he’s OK having sex with a woman before marriage, even as he avoids alcohol and recreational drugs. Ramy doesn’t have a clear answer and wrestles with where to draw the line.

“He’s trying to find clarity, and realizes that he should be trying to be spiritually focused instead of diving into a relationship,” Youssef says. “Showing a character who’s Muslim having spiritual struggles is really important because it gives you a deeper context to what our problems are. People think all our problems center around, like, violence or terrorism.”

Ramy (Ramy Youssef, left) eagerly gets together with Sarah (Molly Gordon), but refuses to take molly with her at a party one night. (Photo: Craig Blankenhorn, Hulu)

The show gets a much-needed female perspective from Ramy’s 25-year-old sister Dena (May Calamawy), who also lives at home. Their parents are more strict with her, demanding to know where she is at all times, and scolding her for leaving the house with straightened hair.

Although Calamawy’s own family is more lenient – she says she started dating in high school – the actress relates to many of Dena’s frustrations and feelings of stunted emotional growth.

“As a girl, you don’t have the same rights as your brother, whether he’s younger or older. It’s extremely common, and I experienced that growing up,” Calamawy says. “You hear about a lot of (non-Muslim) people in the States having their coming-of-age story in their teens, but as an Arab, you experience that in your late 20s or 30s, if you’re lucky. There’s this aspect of Dena that’s super mature, but then there’s this premature side to her that’s shocked her friends have sex.” 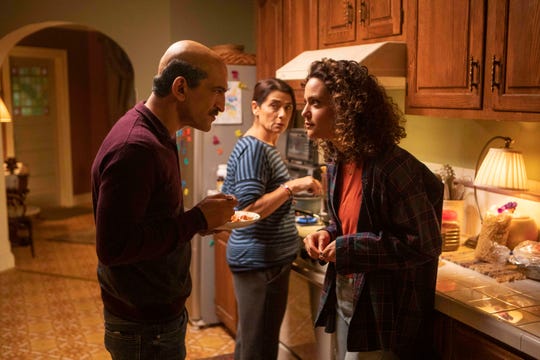 In the season’s standout sixth episode, “Refugees,” Dena attempts to lose her virginity to a handsome white barista (Jake Lacy). But her quest hits a cringeworthy speed bump when they get in bed together and he fetishizes her Egyptian heritage, asking her to speak Arabic as they hook up.

Fortunately, Calamawy hasn’t run into similar suitors. (“I have a strong screening process when it comes to that, and can tell if they’re open-minded or not,” she says.) But she hopes that “Ramy” helps normalize Arabs and Muslims to those less familiar with their culture.

“I hope that people can view us from a more universal perspective and relate to us more,” Calamawy says. “Most people I know (who) live here and become friends with Arabs start gravitating toward Arabs because they just love the culture. If anything, I want people to get more of a taste of our culture that’s separate to everything we’ve been seeing on the news.”