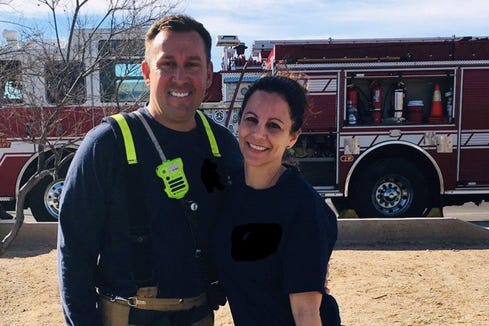 After a five-year legal battle, a jury sided with Tucson, Ariz. firefighter Carrie Clark and awarded her $3.8 million in a lawsuit stemming from discrimination and retaliation faced when she asked for a designated area to pump breast milk, according to court documents.

The verdict comes on the basis of claims Clark raised in 2014 alleging Tucson Fire Department sexually discriminated against her and adversely retaliated against her. The lawsuit also alleged TFD violated the Pregnancy Discrimination Act under Title VII.

Under federal and state law, workplaces must have a private space, other than a bathroom, for women to pump, and cannot discriminate against women in the workplace based on “pregnancy, childbirth, or related medical conditions.”

Tucson Fire Department did not comment on the verdict and referred all questions to the City of Tucson.

On Tuesday, the city filed a motion to extend the time required to file any post-trial motions for the case and is evaluating its position on an appeal, said Lane Mandle, a city spokesman.

Clark returned to work in October of 2012 after giving birth to her first son in July of the same year. Before her first day back, she told TFD Battalion Chief Paul McDonough she needed a private room to pump while on duty, documents said.

However, at the time, the TFD did not have any policy set in place for a procedure on how to handle Clark’s request, documents said.

Because no policy was set in place, the TFD relied on authority figures to make decisions regarding what and where Clark will pump, said Clark’s attorney, Jeffrey Jacobson.

This led to Clark being given swing assignments, or short-term assignments bouncing around several different fire stations with TFD. None of the locations Clark subsequently worked at had appropriate rooms to pump in, documents said.

As a result, she had to use vacation and sick-leave time as she left work to pump in a private space. During this time, Clark became stressed and anxious and at one point was unable to produce milk for 24-hours for her baby, documents said.

“I don’t think she deserves any special accommodations,” said TFD’s scheduler at the time, Captain Rick L’Heureux when Clark raised the issue to him.

Though Clark met with an investigator from the City’s Office of Equal Opportunity Programs in mid-January of 2013, she chose not to file a formal complaint at the time, hoping the situation would improve, documents said.

However, the situation did not improve as Clark continued to be assigned to stations without adequate space to pump, documents said.

In March of 2013, Clark was told by the TFD Human Relations Manager “your pumping seems excessive to me,” and, “well, it seems to me that you’re not fit for duty,” after Clark explained she had to pump milk every two to three hours.

“You are out of your friggen’ mind if you think I would awaken and ask a chief or captain to leave their assigned room every two to three hours to pump,” Clark responded, according to documents.

Clark alleged that retaliation at the workplace ensued. In court documents, she described coworkers continuously approaching her and asking if she was the one who complained about breastfeeding locations.

“The fact that they issued the nursing room policy on her son’s first birthday…what an extraordinary coincidence,” Jacobsen said.

In court documents, Clark said individuals told her the policy had become known as the “Carrie Clause.”

Documents describe how Clark, while she was pregnant, was instructed to perform firefighting drills no other members of her crew were required to perform.

The discrimination and retaliation did not stop there, according to Jacobsen.

The trial began in the Pima County Superior Court but moved to the Arizona U.S. District Court in late 2014. On April 12, the jury found in favor of Clark.

Greater significance than just this case

“This case was never just about the firefighters and those working at the Tucson Fire Department,” Jacobsen said. “This was always about certain City of Tucson administrators who made poor decisions and did not respect Carrie throughout this process.”

Jacobsen also mentioned that at the time of the case, more than 40% of all fire stations in the city were not compliant with the law.

“[Clark] understood the importance of this case for others in the workplace,” Jacobsen said. “Employers need to recognize the need for adequate space for women to pump.”

Disneyland Paris bans plastic straws; US and other parks are next

Why ‘Green Book’ should never have won best picture

11 times the world cranked the rock love to 11