Authorities are looking for a young woman who is “infatuated” with the Columbine High School shooting. She’s believed to be dangerous, made threats.
AP

DENVER — The FBI confirmed there is no longer a threat to the Denver community.

An 18-year-old woman infatuated with Columbine who made “credible threats” against Denver-area schools four days before the 20th anniversary of the mass shooting, is dead of a self-inflicted gunshot wound, Jefferson County Sheriff Jeff Shrader said at an afternoon news conference.

Sol Pais was found Wednesday in Clear Creek County, west of Denver, near a small ski resort close to Mount Evans, the CBS television affiliate in Denver and MSNBC reported.

The FBI tweeted, “THERE IS NO LONGER A THREAT TO THE COMMUNITY. More information to follow shortly.”

Police said Pais traveled from Miami to Colorado on Monday night, and bought a pump-action shotgun and ammunition. They declined to specify the exact nature of the threats, and asked the public to call authorities if they saw her. Authorities said Pais should be considered “extremely dangerous” and should not be approached.

The FBI’s Rocky Mountain Safe Streets Task Force issued a notice Tuesday that said police who come into contact with Pais should detain her and evaluate her mental health.

Sheriff’s spokesman Mike Taplin said the threats she made were general and not specific to any school.

The Denver, Douglas County and Cherry Creek school districts called off Wednesday classes, activities and athletics at all schools late Tuesday night, citing “safety concerns related to a credible threat against schools in the area.” 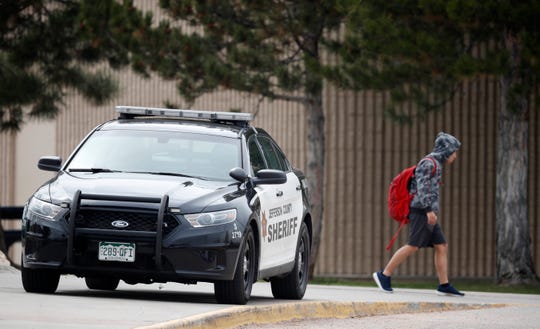 Want news from USA TODAY on WhatsApp?Click this link on your mobile device to get started

State public safety officials urged all Denver metro-area schools to increase security and then release students following the threat, which came in around noon. In a lockout, school buildings are closed to public access but classes continue normally inside. In many cases, schools released students for the day at the normal time, but asked parents to show ID when picking them up.

“Due to a credible threat to schools by an individual identified by the FBI, the Department of Public Safety recommends all schools in the Denver metro area conduct a lockout and controlled release immediately,” state education officials said in a 2:45 p.m. MDT statement.

“We are acting out of an abundance of caution,” Colorado Public Safety tweeted Tuesday night.

April 20 is an emotional date for many Denver-area parents and students because it’s the anniversary of the Columbine shooting in which two students killed 12 of their classmates and a coach before killing themselves. There’s typically an uptick in threats made to schools around that date every year.

“All students and staff are safe. Students will be released from schools normally; buses will be running on normal schedule,” the Jefferson County School District, which is home to Columbine, announced. “We will have extra safety and security staff on site at all schools affected.” 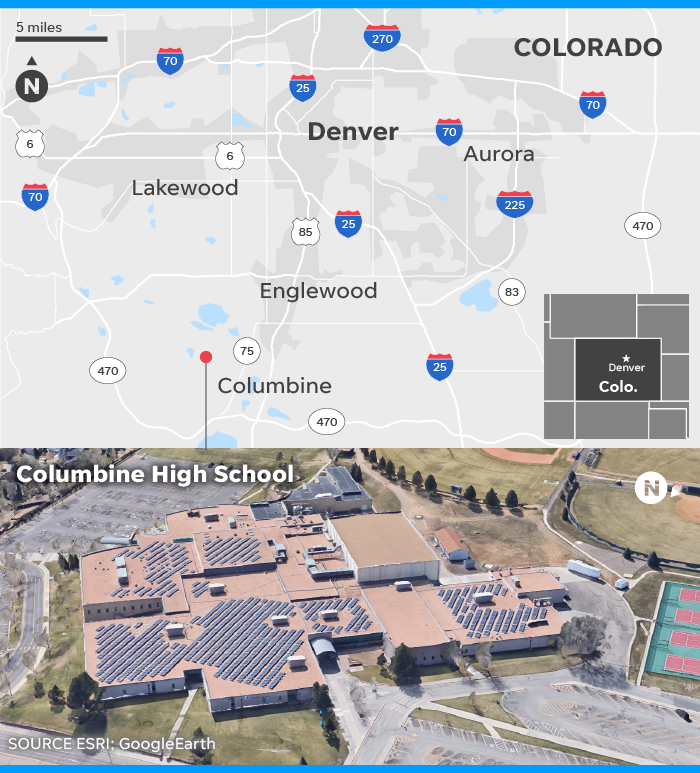 Unlike Trump, a growing number of 2020 Democrats are releasing their tax returns