The disease prevents babies from developing an immune system to fight even routine infections. In January 2018, St. Jude researchers reported that babies in the trial developed fully functioning immune systems but would be monitored further to confirm its long-term benefits. 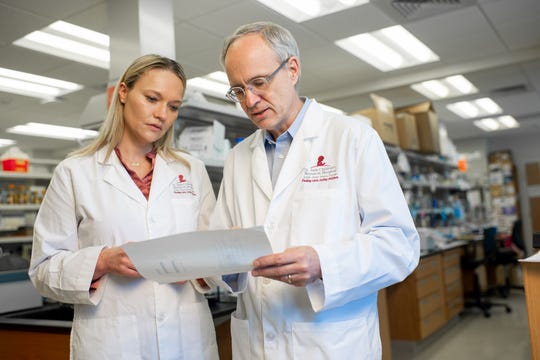 “Previous infections cleared in all infants, and all continued to grow normally,” the study said of the results. 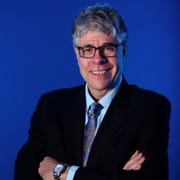 James Downing, CEO of St. Jude Children’s Research Hospital, said it was the “lifelong ambition” of Sorrentino, a survivor of pediatric cancer, to develop a cure.

“We’re comfortable, I think, at this point stating this is a cure,” Downing said. “Only time will say this will be a durable, lifelong cure.”

After the therapy, the babies received their standard vaccinations and are now living a normal life with fully functioning immune systems, St. Jude says. Ten infants have received the therapy so far.

Study co-author Stephen Gottschalk, chair of the St. Jude Department of Bone Marrow Transplantation and Cellular Therapy, said the researchers hope the therapy will be a template for treating other blood disorders.

What is ‘bubble boy’ disease?

Newborns with bubble boy disease, caused by a mutation inside a specific gene, must be placed in protective isolation because they lack a proper immune system. Contact with the outside world is a major infection risk.

Perhaps the most well-known person with the disease was David Vetter, who died in 1984 at 12 years old. He helped inspire the 1976 movie “The Boy in the Plastic Bubble.” 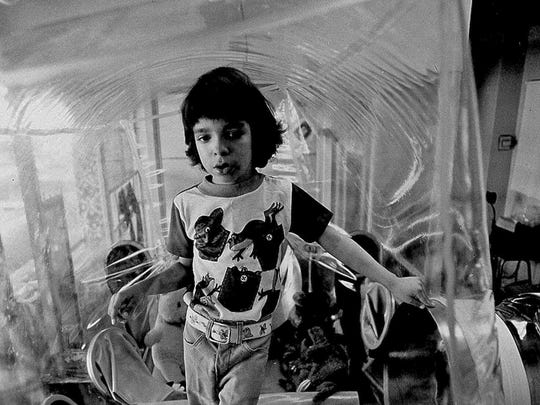 David Vetter had to stay inside a bubble in Houston on Dec. 17, 1976. Vetter was born with a genetic disorder leaving him no natural immunity against disease. Vetter died in 1984. (Photo: AP)

Most with the disease die by age 2 without treatment.

“This disease is called bubble boy disease because babies had to be kept in special plastic chambers to protect them from infections,” said first and corresponding author Ewelina Mamcarz of the St. Jude Department of Bone Marrow Transplantation and Cellular Therapy. “We don’t have these chambers now, we are more advanced, but we need to protect them from infections as simple as a common cold virus (that) can kill them.”

The patients came to researchers between 2 and 14 months of age, Mamcarz said, with “severe life-threatening infections.”

How the therapy works

The gene therapy works like this: A deactivated virus is inserted into the patient’s bone marrow, which delivers the correct gene copy into blood stem cells, replacing the defective one. These cells are then frozen and undergo testing.

“This virus is able to effectively deliver a healthy copy of the gene into a stem cell in a way that was not possible before,” Mamcarz said.

The patient then receives two days of low-dose busulfan, a chemotherapy drug that makes space in the marrow for the stem cells to grow, and the cells are then infused back into the patient. 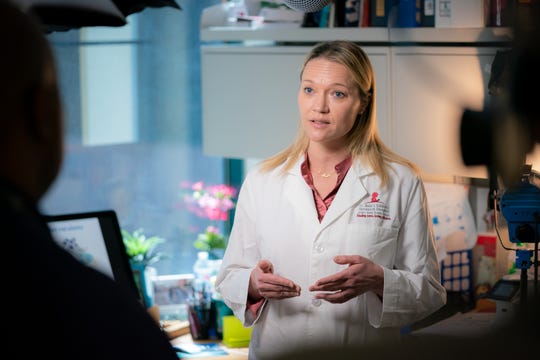 It takes about 10 days from the time the cells are taken out to when they are infused into the patient, Mamcarz said.

The proper immune cells were found within three months of the treatment in all but one patient, who needed a second dose of gene therapy, St. Jude says.

“This novel approach has shown really outstanding results for the infants,” Downing said. “The treatment has fully restored the immune system in these patients, which wasn’t possible before, and has no immediate side effects.”

The gene therapy developed and produced at St. Jude differs from previous gene replacement efforts in part by not activating adjacent genes that could cause leukemia. The viruses are equipped with insulators to block that accidental activation.

“Past gene therapy did not have insulators, which inadvertently caused leukemia,” Gottschalk said. 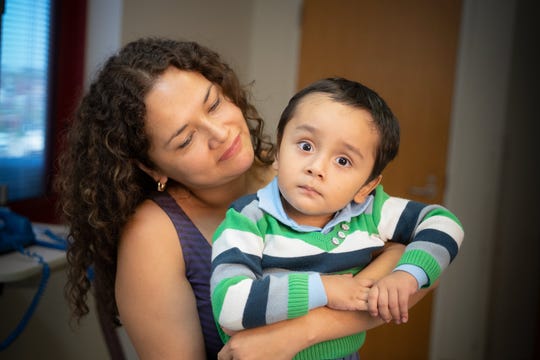 Is this the definitive cure?

Current treatments for bubble boy disease are limited. Bone marrow transplants from compatible sibling donors are the best bet, but most patients lack a proper donor.

Mamcarz said researchers would like to treat more patients and follow them for longer periods of time to see if the gene therapy performed in the clinical trial can truly be used as an upfront treatment, and it’s still too early to determine costs.

But the results from the research are a first, and their approach could be used to eventually treat other disorders like sickle cell disease, she said.

“The kids are cured because for the first time, we are able to restore all three types of cells that constitute a full immune system: T cells, B cells and NK cells,” Mamcarz said. “Our patients are able to generate a healthy, fully functioning immune system. That is the first for gene therapy.”

Downing said the search for a cure has been a journey spanning more than a decade. Early gene therapy studies with the viral vectors led to leukemia, he said, causing the work to stall. But Sorrentino pushed on.

“Brian Sorrentino decided we really needed to produce vectors we could trust in not inducing leukemia,” Downing said.

The patients’ quality of life following the treatment shows they indeed found a cure, Downing said.

Explainer: How 5G drove moves by Apple, Qualcomm and Intel