The merger of the No. 3 and No. 4 wireless companies, T-Mobile and Sprint, could be in jeopardy of falling through.

According to the Wall Street Journal, quoting unnamed sources, lawyers for the Justice Department told the companies it was unlikely their $26 billion merger would be approved.

The final word on a merger rests with agency leadership, not staff, so Sprint and T-Mobile could see their combined company happen, but a staff recommendation against it isn’t a positive sign. 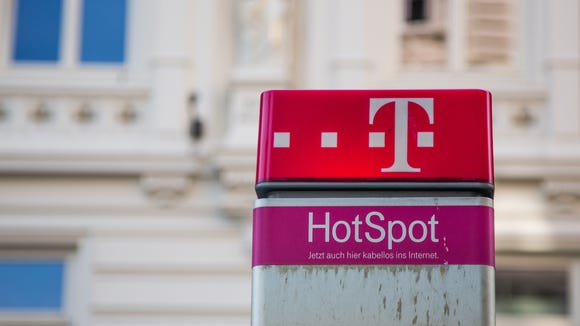 As we are in a late cycle market, it makes sense to look for value and for some safety, and the analysts at Oppenheimer might be on to the sector that has both. (Photo: Tony Webster / Wikimedia Commons)

T-Mobile and Sprint had tried before to merge, but the deal fell apart. T-Mobile also looked to join forces with AT&T, but the Obama administration blocked that one.

On Twitter, T-Mobile CEO John Legere dismissed the Wall Street Journal report as speculation, calling the “premise….simply untrue,” and said the company would have no further comment.

The premise of this story, as summarized in the first paragraph, is simply untrue. Out of respect for the process, we have no further comment. This continues to be our policy since we announced our merger last year. https://t.co/3q9CVgkRfv key info: https://t.co/N5YvuuJtPZ

In announcing the deal to merge, T-Mobile and Sprint said the move would make the companies more competitive and enable them to invest in the next generation of technologies, super-fast 5G service.

In a filing to the Federal Communications Commission this week, Sprint said it badly needed the merger to remain competitive.

“Sprint is in a very difficult situation that is only getting worse. Sprint’s network lacks the coverage and consistency that customers demand….Sprint is losing customers—which then reduces revenues and cash flow—further limiting its ability to invest in its network and service its debt. Simply put, Sprint is not on a sustainable competitive path.”

We reached to Sprint for comment, but didn’t hear back.

Where the average balance is highest across the US

Here’s how the ban will work

10 kitchen items you don’t have to splurge on