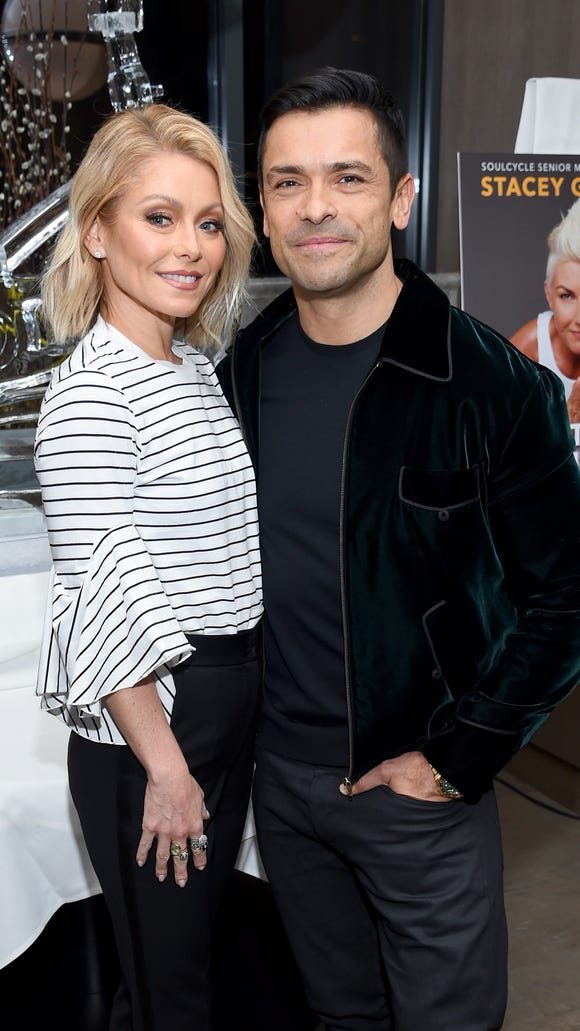 Kelly Ripa is admitting she’s had babies on the brain, thanks to her friend Andy Cohen’s well-behaved newborn son Benjamin Allen Cohen.

On Monday, she welcomed guest host Cohen onto the day’s episode of “Live with Ryan and Kelly.” While discussing parenthood, Cohen — who became a dad in February — admitted that his baby son had prompted many of his female friends to ask whether they wanted to have more children.

“And he is causing women all over my life to start re-ovulating,” Cohen added. “I mean, Kelly came over, and her body was responding in ways … I was like, ‘Whoa!’ … I do have to calm the ladies down a little bit.”

“I was putting it out there for (Mark) last night,” Ripa joked about her response to her less-than-enthused husband, Mark Consuelos, after she met baby Ben. “(He) was like, ‘It’s all right, let’s be greatful for what we have.’ And then he put on ‘Game of Thrones’ and fell asleep, which was the anti-aphrodisiac.”

She added about Cohen’s son, “He really does make me want to have another baby. He’s confused me into thinking (I want another).”

‘It was really surreal’: Andy Cohen details first moments as a dad

Disney princesses requested by family in ad searching for nanny