As a tour guide in Paris, I often mistook ‘old’ for ‘eternal.’ If something had existed for a millennium, I figured, I could always enjoy it later.

When I lived in Paris for two years, Notre Dame was often a nuisance. I was attending graduate school and renting an apartment just a two-minute walk from the cathedral, thinking initially that I’d attend mass there on Sundays. Instead, I spent most mornings pushing through the throngs of tourists who were scattered across the church’s plaza. I repeated this maneuver each evening.

If I walked with purpose, my nose up, aloof, the pickpockets wouldn’t harass me. Not so with the tourists. They often crowded the walkways, trying to capture the perfect moment for Instagram.

It didn’t take long after my arrival for Notre Dame to lose its charm. The cathedral quickly became to me what Times Square is for most New Yorkers: a tourist-ridden hellscape to be avoided up close whenever possible.

After Notre Dame Cathedral fire, Paris lost much more than just a church

Hope in a time of Trump and turbulent campus politics: Interview with Nicholas Christakis

I imagine I passed Notre Dame over 2,000 times while living in France, from 2016 to 2018. Only on a half-dozen occasions did I ever enter it. I avoided the bell towers altogether — I didn’t want to wait in line. At 25 years old, I figured I’d be back in Paris again one day. I could climb the tower then.

There isn’t always a ‘next time’

But Monday, along with the rest of the world, I witnessed a blaze engulf the church’s roof and spire and nearly destroy the twin bell towers. Like many who watched, I felt the existential pang of history being eviscerated before my eyes. I also thought of those many missed opportunities to enjoy the church’s splendor. 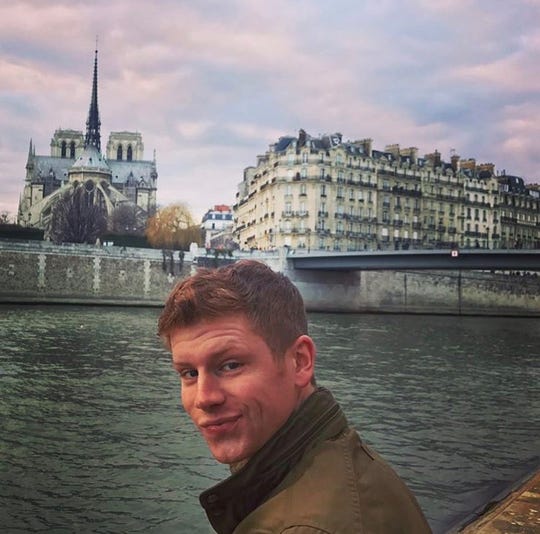 The author and the rear of Notre Dame Cathedral in Paris, France, in February 2017. (Photo: Family handout)

In the final months of my time in Paris, I worked as a tour guide for a small tour company, shepherding eager English-speakers around the city. We began and ended each tour at Notre Dame. In the intervening four hours, I’d attempt, mostly in vain, to summarize all of French history — the monarchs, the Revolution, Napoleon, the World Wars — often with a nod to the historic cathedral.

I offered up tips along the way for “making the most of your time in Paris.” Always take public transportation, I said, and try to purchase your museum tickets ahead of schedule. Sometimes, guests asked if they should take their families to the top of the cathedral.

My answer was usually no. “You can go up the tower the next time you’re in town,” I said. “Spend your time visiting some other landmark. After all, Notre Dame will always be here.”

History destroyed almost in an instant

More than 850 years of history, spanning revolutions and wars and some ignoble efforts to demolish the church, seemed to support my intuition. It never occurred to me — indeed, to most people — that an accidental fire might consume the cathedral on an otherwise normal Monday in 2019. 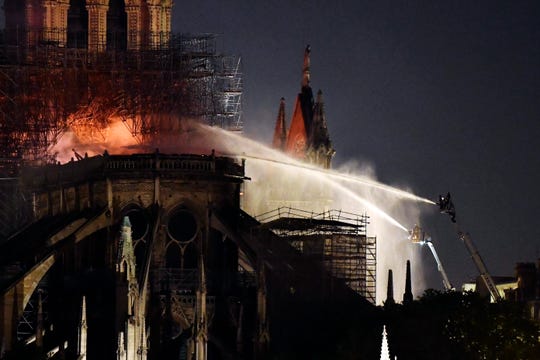 French firefighters spray water to put out a fire on the roof of the Notre Dame Cathedral in Paris on April 15, 2019. (Photo: JULIEN DE ROSA, EPA-EFE)

While living in France, I often mistook “old” for “eternal.” If something had existed for a millennium, I figured, then certainly it would stand for a millennium more. After all, I thought, we care more about our patrimony today than we did in the past. With so many resources being spent on restoration efforts, our cultural heritage must be insulated from any misfortune. In a sense, Notre Dame was “too big to fail.”

But, of course, we thought the same of the Buddhas of Bamiyan, Afghanistan, before the Taliban blew them up in 2001. The same went for the ancient city of Palmyra, Syria, prior to 2015 when ISIS combatants destroyed it.

Today, if I was a tour guide in Paris, I’d like to tell a more dire story of the city: Yes, we have these historic churches and museums and palaces now, but they may well be gone tomorrow. So please, enjoy them while you can.

Stuart Richardson is formerly a tour guide for Bike About Tours in Paris, France. He currently resides in New York City. Follow him on Twitter @StuLRichardson.