A 24-year-old man was arrested Friday in an incident in which a 5-year-old child may have been pushed or thrown from a balcony at the Mall of America, police said. (April 12)
AP

A man is being held on suspicion of attempted murder after police say he threw a 5-year-old boy over the railing of a Mall of America balcony.

Bloomington police Chief Jeffrey Potts said he doesn’t believe Emmanuel Deshawn Aranda, 24, knew the boy before tossing his body off of the mall’s third floor to a nearly 40-foot fall. A motive for the attack is still under investigation, Potts said Saturday.

Potts described the scene as “gut-wrenching.” The boy survived the fall, but police weren’t commenting on his condition as the boy’s family requested privacy.

A GoFundMe for the boy set up by family friend Noah Hanneman says he’s suffering life-threatening injuries. It’s raised more than $500,000 for the family.

Hanneman told USA TODAY the family is not making statements at this time but is “very thankful for the prayers and support.”

In an update posted Sunday, Hanneman said the boy, who enjoys playing soccer and hockey, is “continuing to fight his courageous battle” and is “a strong survivor.”

“He is the sweetest kindest 5-year-old you will ever meet,” Hanneman said. 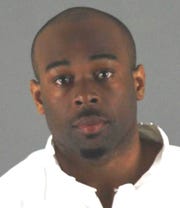 This undated photo provided by the Bloomington, Minn., Police Department, shows Emmanuel Deshawn Aranda, who was arrested in connection with an incident at the Mall of America where a 5-year-old boy plummeted three floors after being pushed or thrown from a balcony. (Photo: Bloomington Police Department via AP)

Aranda has previously been banned from the mall — but the ban was not in effect at the time of the incident. He has a history of misdemeanor convictions; some cases were handled through a mental health court, Potts said.

He was arrested at the mall in 2015 and faced three charges after Potts said he threw an object off of the mall’s third level and became uncooperative with police.

Inventor puts his cards on the table to get investment

Where key figures are now