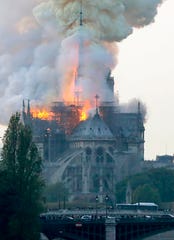 Smokes ascends as flames rise during a fire at the landmark Notre-Dame Cathedral in central Paris on April 15, 2019. (Photo: FRANCOIS GUILLOT, AFP/Getty Images)

A massive fire was raging Monday at the famed Notre Dame cathedral in Paris as shocked crowds gathered on local streets and squares to watch one of the globe’s most iconic churches burn.

Video footage from the scene showed flames and smoke spewing from the landmark, one of the most popular tourist destinations in the world. Officials, tourists and locals took to social media to document the blaze.

“A terrible fire is underway at Notre-Dame Cathedral in Paris,” Mayor Anne Hidalgo said on Twitter. “We are mobilized on site in close connection with the @dioceseParis. I invite everyone to respect the perimeter of security.”

The cause was not immediately known, but officials said it could be linked to renovation work. The cathedral is in the midst of a $6.8 million renovation project.

Weather and pollution have taken their toll on the structure, which dates back almost 1,000 years.

The cathedral dates back almost 1,000 years. It’s construction began in the 12th century, and it took about 300 years to complete. The result is that, although it is predominantly French Gothic, there are areas that reflect the Renaissance and the Naturalism era of construction. 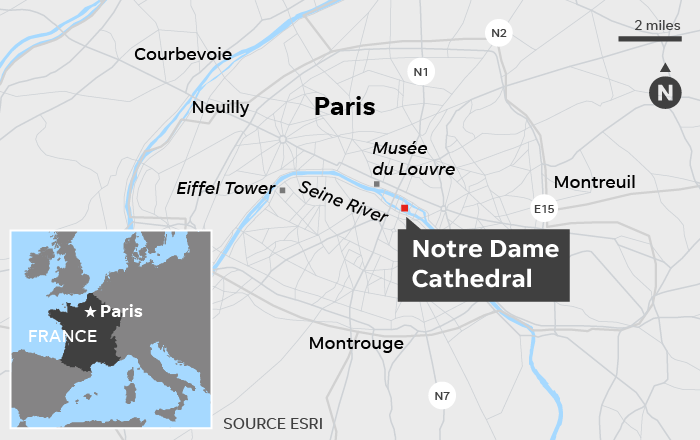 Festival is growing in stature, if not size

Iconic resin from boswellia tree is in decline