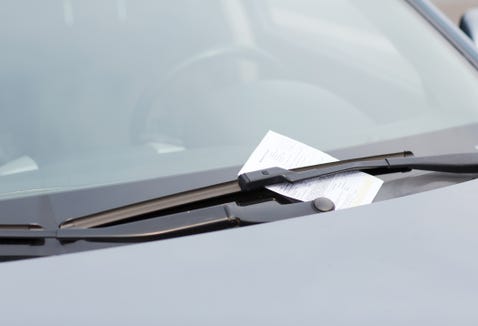 A New York mom is disputing a ticket she got after she pulled her car over to breastfeed her baby. (Photo: Getty Images/iStockphoto)

A mom is fighting city hall with a 3-week-old baby in her arms for some employees who she says lacked sensitivity.

New York mother Guillermina Rodriguez said she was driving around New York City last week when her crying baby needed to nurse. It took her up to 45 minutes to find a place, but she finally pulled over in a commercial zone and climbed into the back seat and began to breastfeed her baby. Then a New York Police Department tow truck pulled up.

“He’s backing up to tow my truck, so as I am in this position breastfeeding now I jump over to the front seat to honk so he can see you know, like, ‘Don’t tow my truck, I’m in here,'” she told CBS New York.” I’m actually breastfeeding on one side and pumping on the other so both my breasts are out, and I turn and I’m like, ‘I’m breastfeeding the baby!'”

He reacted with shock, she said, but he still placed a $115 ticket on her windshield and left.

The NYPD said the traffic agent wrote the ticket before he noticed Rodriguez was breastfeeding, and he doesn’t have the authority to void the ticket, according to CBS news.

The mom of four plans to fight the ticket and is hoping for a judge who’s a parent and recognizes that a crying, hungry baby lacks patience.

“I think they should’ve been a little bit more sensitive,” Rodriguez said.