CHICAGO – “Star Wars” fans may want to savor the arrival of “The Rise of Skywalker” in December since there won’t be another one for at least a little bit.

“It’s a nice time to take a pause,” Lucasfilm president Kathleen Kennedy told USA TODAY at Star Wars Celebration about the upcoming hiatus. “It’s not only the perfect time, it’s exactly what we had in mind.”

The release of director J.J,. Abrams’ “Rise of Skywalker” (Dec. 20) will conclude the 42-year-old Skywalker saga that George Lucas started with the original 1977 “Star Wars.” Disney and Lucasfilm have also released a pair of spinoffs including “Rogue One” and “Solo.”

Kennedy said that “Game of Thrones” creators David Benioff and D.B, Weiss are meeting with the her and the Lucasfilm story group “to start talking about where we are going for the next decade. And we wanted to have the time and not feel like we were rushing to meet a release date.” 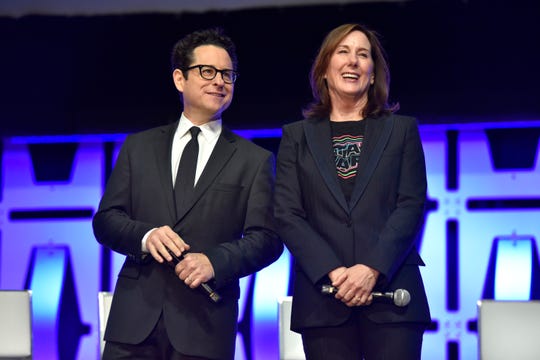 Plus, there’s been a delay since Benioff and Weiss were finishing up the last season of “Game of Thrones.” “These guys, quite frankly, have been a little busy. So that had something we do with it as well,” Kennedy says. (With “Game of Thrones” filmmakers tackling “Star Wars,” does that mean a possibility of space dragons? Kennedy laughs at the thought. “We’ll see if we can’t find a character like that.”)

“The Last Jedi” director Rian Johnson is also on tap to head up a future series of “Star Wars” movies. In the meantime, though, Kennedy is excited about a couple of projects coming to the Disney+ streaming service. “The Mandalorian,” the first live-action “Star Wars” series starring Pedro Pascal, premieres with the launch of Disney+ Nov. 12, and another show featuring Diego Luna’s “Rogue One” Rebel spy Cassian Andor starts production next year.

Iraqi-American Christians ask US to block deportations of Iraqis

From James Bond’s boss to suburban spy in ‘Red Joan’

Joe Namath on alcoholism, racism, glory days in memoir ‘All the Way’