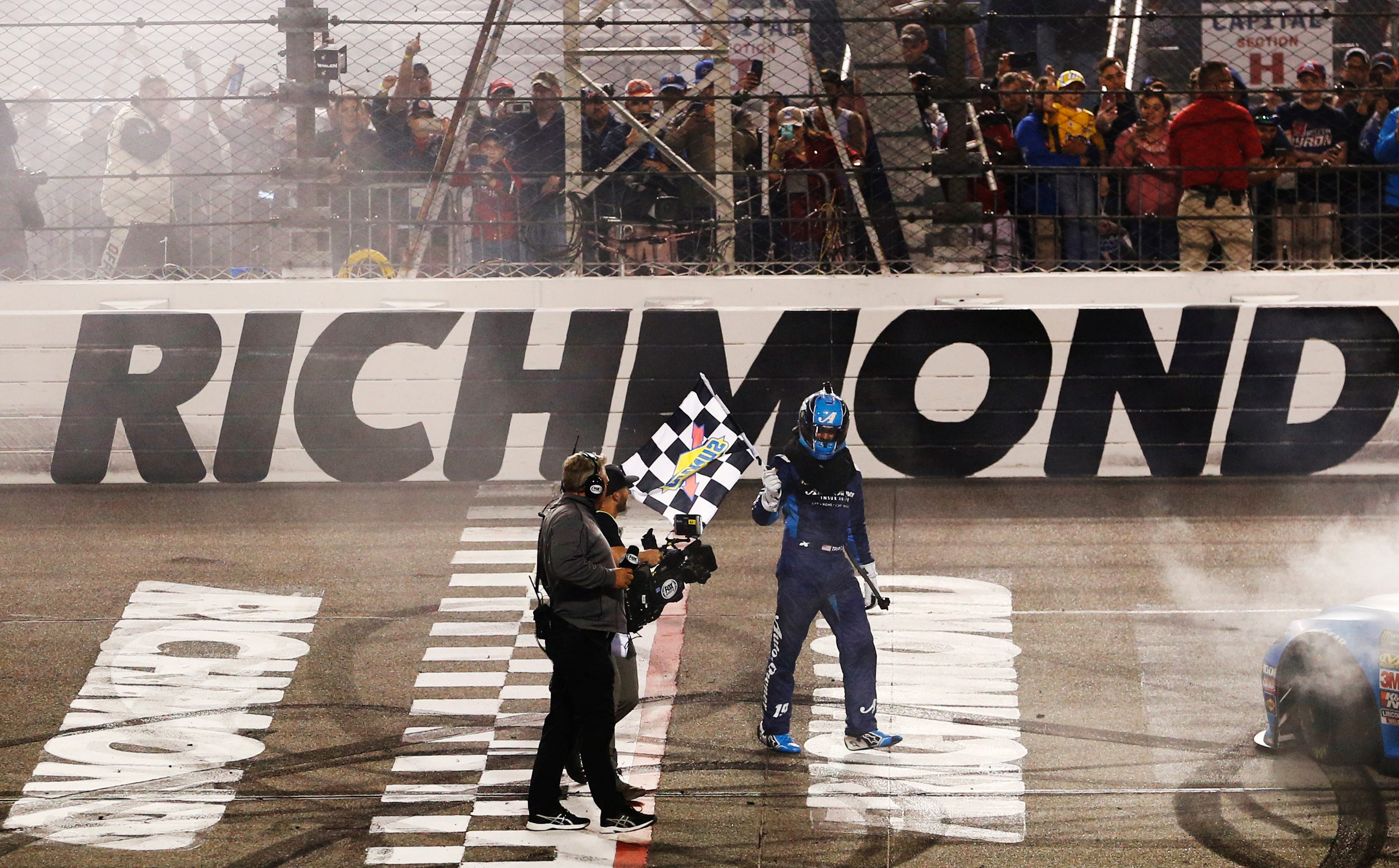 In a race to see who could preserve their car best, Truex outlasted Bowyer and then held off a four-lap charge by Joey Logano to win the NASCAR Cup Series race at Richmond Raceway on Saturday night.

“I was struggling the last 40 laps,” Truex said. “I had not front turn. I was just real, real tight that last run. I just had to hold him off. Being out front was important tonight.”

Because he did, Truex gave Joe Gibbs Racing its sixth victory in nine races this season and won for the first time in his career on tracks shorter than a mile.

“At the end of the day, we drove up to him and you get terrible tight behind people,” Bowyer said.

Truex led a race-high 186 laps and regained the lead for the last time after green-flag pit stops that started with just more than 80 laps to go. With about 40 to go, Bowyer challenged with what seemed like a faster car, but Bowyer finally relinquished the second spot to Logano, who also seemed to have the faster car of the top two.

Truex expertly navigated lapped traffic and never let him pass to win for the first time in 81 starts in the Cup series on a short track. It’s his 20th career victory and 17th in the last four seasons.

“It means a lot to finally break through,” Truex said in Victory Lane. “I hope it was a helluva show. It sure was fun behind the wheel.”

“We were close, just not close enough,” Logano said. “Ran out of time there. … Fun race, just gosh. Three weeks in a row I felt like we had a car that could win the race and we haven’t won. That’s a little frustrating, but when you’re frustrated with second, that’s a good sign.”

The stage for the finish was set when the leaderboard got shuffled beginning on Lap 318 when the cars running up front began pitting under a green flag.

When they all had new tires and enough fuel to finish, Truex was back in front, followed by Bowyer, Logano, Harvick and Hamlin. Brad Keselowski dropped to eighth during the cycle and Kyle Busch, seeking his third victory in a row on the 0.75-mile, D-shaped oval, his fourth of the season and second in a row, fell back to 10th.

As a result, NASCAR disqualified their qualifying speeds, sending them to the rear of the field, disallowed their pit stall selections and ejected one engineer from each team for the race.

Five other teams failed inspection and had their qualifying speeds and pit selections disallowed, also sending them to the back. They were seven-time series champion Jimmie Johnson, Aric Almirola, Erik Jones, Daniel Suarez and Joey Gase.

Kyle Larson’s slow start to the season continued, giving him an early night.

Contact with Daniel Hemric early in the second stage gave Larson a tire rub and when he got back up to speed after stopping under green, the rub continued and he hit the Turn 1 wall on just the 127th lap of the night.

With the series off next weekend for Easter, Larson is looking forward to the break.

“Been a crappy start to the year,” Larson said. “We’ve had decent speed. We didn’t have speed tonight but the weeks that we’ve got speed we still run into issues so I hate the start to the season I’ve had but hopefully this break to the season came at a good time and we can regroup and try to come back better with some better luck.”

Chase Elliott started the night 10th in points, but ran 15th and has just two top-10s this year.

The series takes its traditional week off for Easter before heading to Talladega Superspeedway in two weeks.

Copyright 2019 The Associated Press. All rights reserved. This material may not be published, broadcast, rewritten or redistributed.

Nazem Kadri could face suspension for hit against Bruins