CHICAGO – The current “Star Wars” trilogy, much like the original movies, has become ground zero for fresh cinematic faces. “The Force Awakens” blasted Daisy Ridley into pop-culture stardom, “The Last Jedi” did the same for Kelly Marie Tran, and now with “The Rise of Skywalker,” it’s time for the world to meet Naomi Ackie.

Although she doesn’t appear in the new trailer, fans at Star Wars Celebration got a first look at Ackie’s character, Jannah. Most things are a mystery in the “Star Wars” universe, so we’ll be left wondering who the heck this person is for a while. But Jannah’s got a wardrobe that makes it look like she’s seen some serious stuff in the galaxy and she’s off-the-charts cool. 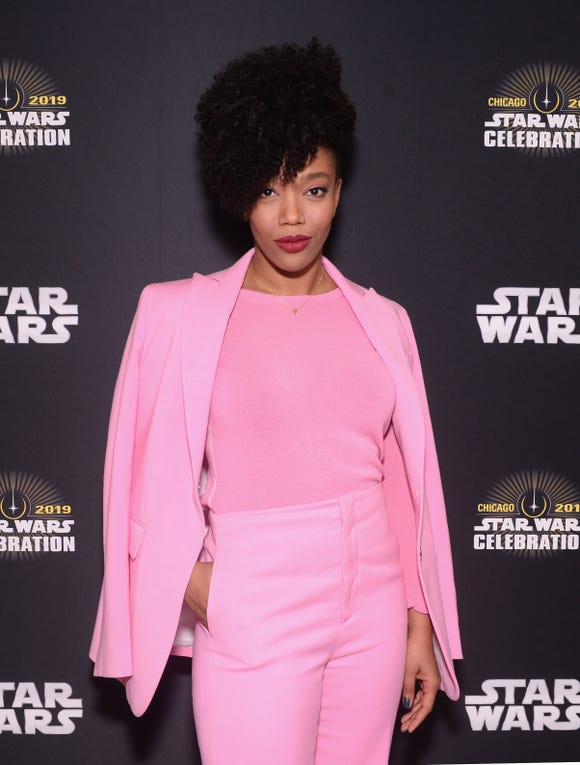 On a scale of 1 to 10, “she’s like 25,” Ackie tells USA TODAY with a laugh. “I felt pretty cool playing Jannah, I’m not going to lie. I’m not a very cool person personally, but she’s really cool. She packs a punch.”

Unless you’re an Anglophile, Ackie’s probably a complete unknown. The 27-year-old British actress appeared in a 2015 episode of “Doctor Who” and won a British Independent Film Award in 2017 for the film “Lady Macbeth.”

Ackie didn’t have to wait for her action figure (or even the just-released trailer) to realize the Force of a mega-popular franchise.

“It felt very real when I was getting fitted for my costume, the final one,” Ackie says. “I looked at myself in a giant mirror and it was very surreal. I was like, ‘OK, there’s no going back on this now. This is happening. You can’t deny this anymore, Naomi.’ That’s when it felt real and amazing.”

Actors are psyched for Rey, Poe and Finn to team up in ‘Rise of Skywalker’

Blue Jackets roll past Lightning for 2-0 lead in series

How accurate is Netflix’s ‘Extremely Wicked’?