10 new shows are coming to TV this spring including “The Act” on Hulu and “Turn Up Charlie” on Netflix.
USA TODAY

Ryan O’Connell has a bone to pick with “Call Me By Your Name.”

Like many people in the LGBTQ community, the “Special” creator/star was disappointed in the 2017 Oscar-nominated drama, specifically in its depiction of gay sex between Elio (Timothee Chalamet) and Oliver (Armie Hammer). Just as the young men are about to sleep together for the first time, the camera pans away from them and out the window of the bedroom.

“It speaks to how as gay men, we’re conditioned to accept the scraps of representation,” says O’Connell, who unflinchingly portrays gay sex in his new Netflix show, streaming Friday. “I’m not throwing shade at ‘Call Me By Your Name’ because I think it is an incredible movie, but I feel like that pan away to the moon is homophobic – it’s weird. And it’s directed by a gay man (Luca Guadagnino)!”

O’Connell, 32, plays a loose version of himself in “Special,” which is based on his 2015 memoir about his experience as a twentysomething gay man with mild cerebral palsy. In the comedy’s first season, his character, Ryan, is determined to start dating men and hires a sex worker named Shea (Brian Jordan Alvarez) so he can lose his virginity.

But rather than depict the encounter as something salacious or sleazy, the entire experience is both tender and satisfying for Ryan. When he arrives at Shea’s house, Shea greets him with a kiss and asks him to disrobe, complimenting Ryan on his body. And when they eventually do have sex, the camera doesn’t cut away as Shea gently guides a nervous but excited Ryan through the act.

Not only does O’Connell hope to destigmatize sex work with the graphic scene, but also normalize gay sex for mainstream audiences who aren’t used to seeing it in Hollywood movies or popular TV shows. 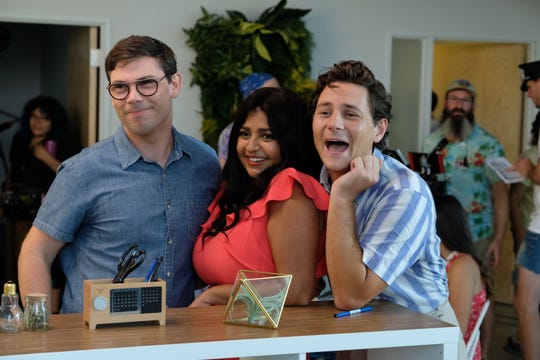 The episode ends with Shea kissing and cuddling Ryan in bed, telling him he was “honored” to take his virginity and that he’s had other clients with cerebral palsy.

“I have a pretty mild case,” Ryan shrugs. “And I’m going to have sex soon for free, OK? Just so you know.”

It’s a sweet exchange that caps a landmark episode for disability representation on screen, and one that is sure to resonate with many disabled viewers.

Watching it, “I hope they feel good that their sexuality is acknowledged,” O’Connell says. “I feel like as disabled people, our private parts just get cut off – we’re like Ken dolls. People don’t really acknowledge that we are sexual beings, and that we have our own wants and desires. I’m just happy that we can show that a disabled person wants to (expletive). So I hope that they feel good that that part of themselves is finally being recognized, and it’s not in a gross, infantilizing way – it’s treated with humanity and respect.”

Lightning look to bounce back from Game 1 collapse

5 most insightful stories from ‘The Path Made Clear’

‘It would be harder to do it silently’