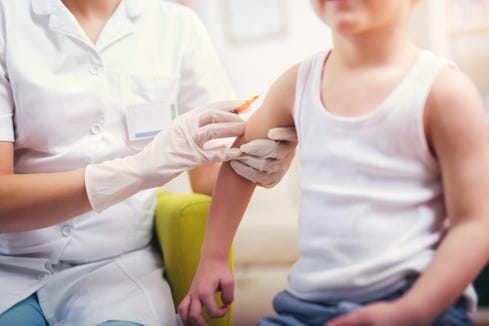 The growing measles outbreak has caused parents to wonder, is my child protected? (Photo: Getty Images)

As measles spreads and New York takes the astonishing tactic of immunizing or fining unvaccinated people in certain ZIP codes, parents wonder: Is my child safe?

They want to know they’ve done all they can to protect their child from the highly contagious disease. Some still have questionslike, “Does my child need a booster shot?”

Once thought to be eradicated in 2000, the number of measles cases this year—465 as of April 4—are expected to shatter this century’s previous high of 667 cases in 2014. Parents shouldn’t panic, but it helps to be armed with the facts.

Does my child need a measles booster? 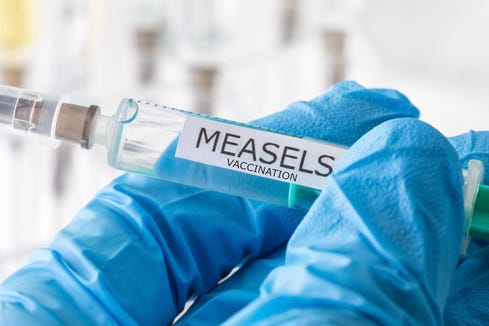 The Centers for Disease Control recommends two doses to be protected from the measles. Children should get the first at 12-15 months, and the second dose ages 4-6.

“This is one of those that last a lifetime,” Walters said.

Adults who were never vaccinated should get at least one dose of the measles vaccine, the CDC says.

Can my child get the measles if vaccinated?

“It’s very rare though,” Walters said. “The vaccines are very effective. It’s 93% percent with the first dose and up to 97% with the second dose. Most people don’t get if they’re following the vaccination schedule and it increases when you talk about herd immunity.”

Herd immunity protects both the healthy and the vulnerable populations and is created by widespread vaccination.

Measles symptoms begin about 7 to 14 days after a child has been exposed.

Symptoms includefever, a dry cough, a runny nose, a sore throat, pink eyes, and skin rash. The rash, which is symptom everyone knows, shows up 3-5 days after the other cold-like symptoms. This rash appears as flat red spots, in which small raised bumps may also appear on top of the flat red spots, the CDC says. The spots may become joined together as they spread.

How do you know this rash from other rashes?

“It most likely starts in the head area first and then spreads downward,” Walters said.

How long it is contagious?

“You’re contagious four days before it appears and four days after the rash has appeared,” Walters said.

Measles is so contagious that a single person can infect infect 16 to 17 others, said David Kimberlin, co-director of the division of pediatric infectious diseases at the University of Alabama-Birmingham.

The disease is spread through the air and people can contract it by breathing infected air or touching an infected surface and then touching their eyes, mouth or nose, according to the CDC.

Up to 90% of the people close to a person with measles also can become infected, if they are not vaccinated.

“If you’re on a bus or in a classroom, the droplets or air that’s contagious can stay that way for two hours,” Walters said.

How is measles treated?

There is no prescription medicine for measles, Walters said.

People who have been diagnosed with measles are advised to stay home to prevent the spread of the disease and to drink plenty of fluids and to rest.

Who is most at risk for measles?

Infants are identified as the most susceptible group.

“They can’t get a shot until they’re 1,” Walters said.

Those with weakened immune systems because of cancer or other diseases may not be able to be vaccinated. The same is true for those undergoing treatment for diseases such as radiation or chemotherapy, according to the CDC. 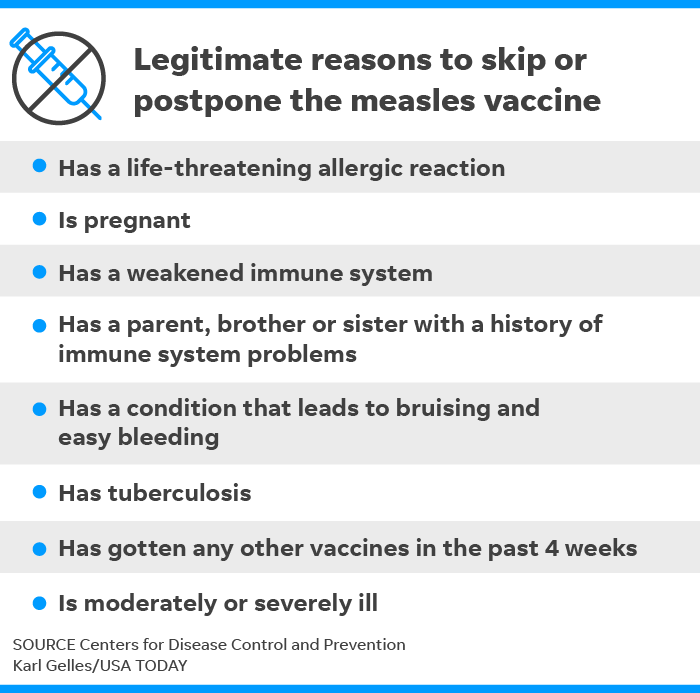 New Jersey preschoolers have highest rates in US

What has gone wrong and how it could still happen

What do you need for the best party?