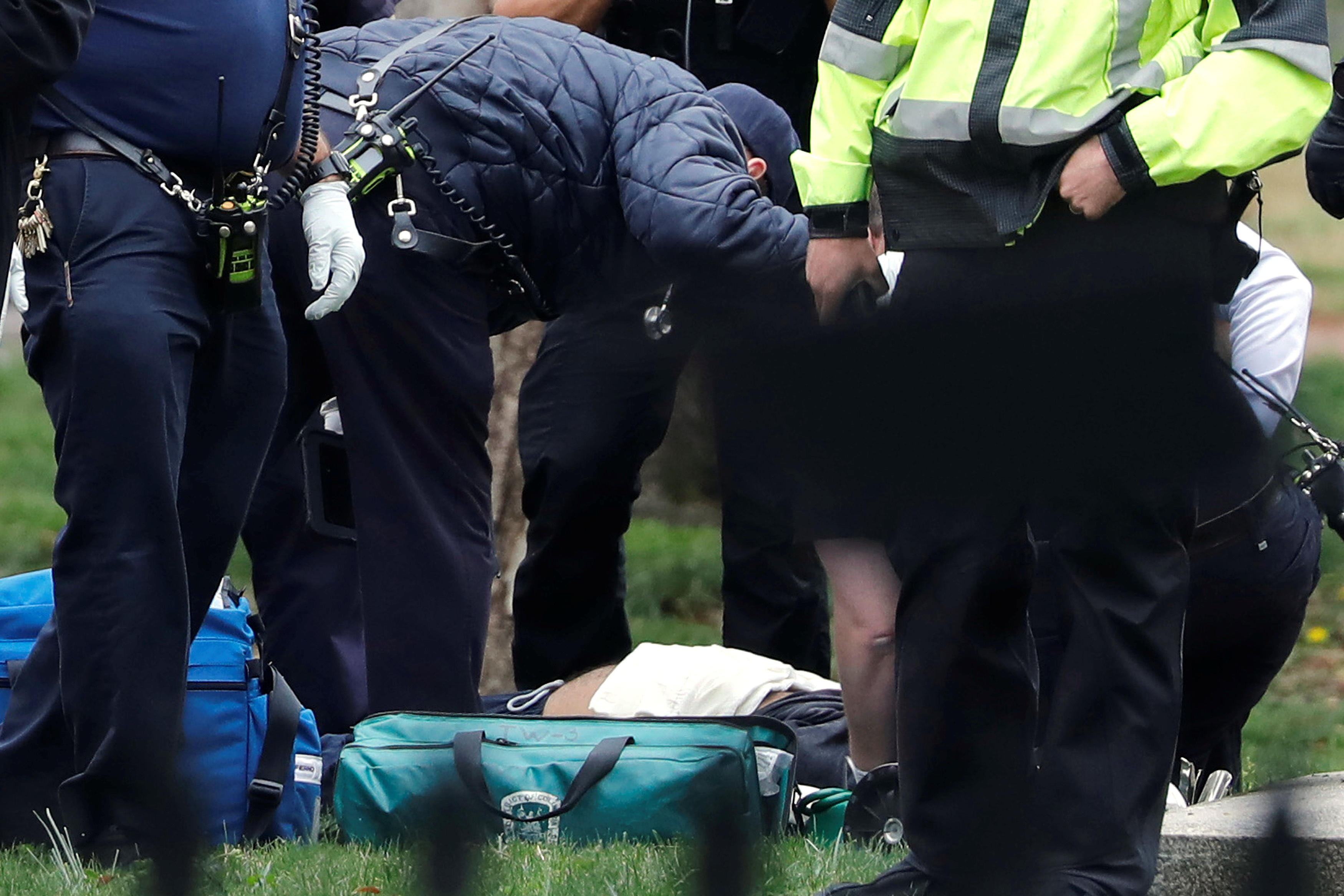 A man lit himself on fire outside the White House gates Friday afternoon, prompting U.S. Secret Service agents to intervene. The man has been transported to a local hospital for what appear to be non-life-threatening injuries, the Secret Service says.

The identity of the man has not yet been disclosed. The incident took place around 3 p.m., and video footage showed Secret Service agents carrying the man to another location near the White House. Secret Service and D.C. Metropolitan Police are searching two bags the man had in proximity to him.

It’s unclear if the man had any intention of making a political statement, or what his mental state was at the time.

The turn of events placed the White House on lockdown, meaning staffers and journalists cannot enter or leave the grounds. The incident also closed part of Pennsylvania Avenue to pedestrian traffic, and 17th Street Northwest to vehicular traffic.

This is a developing story.

“Medicare for All” giving health-care industry stocks the chills