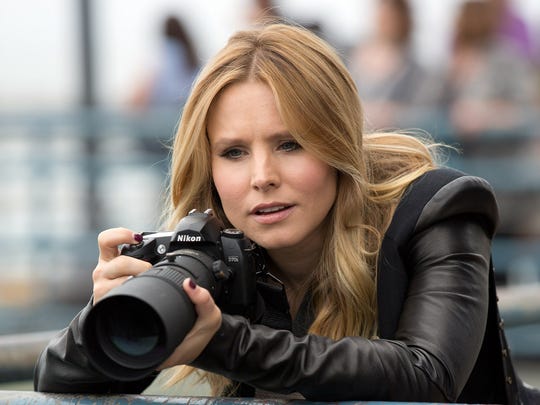 The show has already been revived once as a crowd-funded 2014 feature film, in which ended with Veronica, a new law school grad, turning down a lucrative job offer in New York to move home and work with her father again. The new season, due in July 2019, will find the father-daughter detective team investigating the murder of a spring break tourist. (Photo: Robert Voets/Warner Bros. Pictures)

Don’t worry: “Veronica Mars” is on the case, one more time.

Hulu is bringing back the cult series, which launched the career of Kristen Bell, for eight episodes, to be released all at once on July 26, the streaming service announced Friday.

Hulu also revealed a short teaser for the series, showing Bell’s Veronica packing her bag with her trusty camera and taser, as she readies to deal with the worst elements of Neptune, California.

This isn’t the first time “Mars” has made a grand return. The neo-noir mystery series has more lives than most cats. It debuted on UPN in 2004, moved to successor network CW in 2006 and was canceled in 2007. Fans had long hoped the series would be revived in some way, and helped make that wish a reality when a film funded by Kickstarter donations was released in 2014. Hulu announced plans to revive the property for a new season last fall.

The new chapter centers on a new mystery: Spring breakers are murdered in Neptune. According to the official synopsis, “After Mars Investigations is hired by the parents of one of the victims to find their son’s killer, Veronica is drawn into an epic eight-episode mystery that pits the enclave’s wealthy elites, who would rather put an end to the month-long bacchanalia, against a working class that relies on the cash influx that comes with being the West Coast’s answer to Daytona Beach.”

A great action heroine, but little else