The boy band members are some of the best-dressed stars in music today, as seen in their new video. 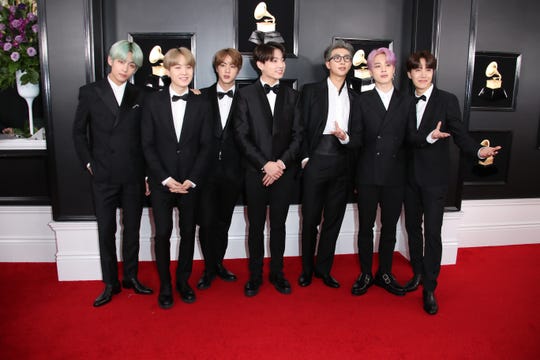 Two of music’s buzziest names have joined forces for a stylish pre-summer single.

BTS unveiled their latest Halsey-featuring single, “Boy With Luv,” on Friday, as part of their new EP “Map of the Soul: Persona,” along with the music video for the song that they’ve been teasing on social media all week.

Both BTS fans and uninitiated listeners will find lots to love about the music video. A candy-colored visual bonanza, the style alone makes the clip worth watching, cementing the boy band members’ status as some of the best-dressed stars in music today.

Dressed in pink for the outdoor dance routine at the beginning, they transition to perfect pastel ensembles as they invade a diner. Later, they swap those out towards the video’s end in favor of embellished all-white looks.

The track’s title is a callback to a previous BTS song that fans will certainly recognize, referencing a single from the group’s 2014 album “Skool Luv Affair,” titled “Boy In Luv.”

The new song arrives ahead of BTS’ appearance this weekend on “Saturday Night Live,” alongside host Emma Stone.