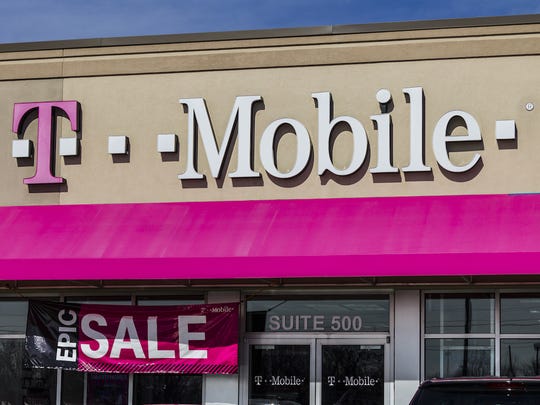 Sprint and T-Mobile have argued that their combination will create better service. But the deal could cause higher rates and hurt the employees of both companies. (Photo: Jonathan Weiss / Shutterstock.com)

As the Department of Justice and the Federal Communications Commission weigh the pros and cons of T-Mobile’s $26-billion proposed merger with Sprint, T-Mobile continues to update its promises to bolster its chances for government approval.

Assurance along with Sprint’s other prepaid brands, Boost Mobile and Virgin Wireless, and T-Mobile’s Metro are popular with lower-income and cost-conscious Americans for their cheaper alternatives to traditional plans than the main four wireless networks.

Part of Virgin Mobile, Assurance takes part in the Lifeline Assistance program, a government service that allows those on public assistance programs such as Medicaid, Food Stamps or Supplemental Security Income to receive a discount of $9.25 per month off of phone service or potentially a free phone and service to “qualifying low-income households.”

Assurance offers Lifeline in 41 states as well as Washington, D.C., while T-Mobile offers support for the program in nine states plus Puerto Rico.

The service is limited to one account per household and proof of income or participation in one of the other government programs could be required to verify that you are in fact eligible.

“The digital divide is real and we want to help eliminate it,” T-Mobile president Mike Sievert said in a statement to USA TODAY. “We have pledged that the New T-Mobile will maintain the existing T-Mobile and Sprint Lifeline program throughout the country indefinitely, barring fundamental changes to today’s program.”

T-Mobile and Sprint have been under pressure from Democrats over concerns that their merger will lead to higher prices.

Late last month, freshman congresswoman Rashida Tlaib (D-Mich.) sent a letter signed by 36 other Democrats to the DOJ and FCC against the deal, arguing in part that the deal would  “disproportionately hurt lower-income people and communities of color” who are on brands like Boost or Metro.

T-Mobile has previously promised that it will not raise rates for three years on either its plans or Sprint’s. The company has also argued that, by combining with Sprint, the new entity will be able to offer better service in rural areas as well as access to a more robust 5G network.

“This is a merger that has the potential to bring improved broadband services to price-sensitive consumers, primarily because of its expectation of a strengthened and higher quality high-speed broadband network,” Dr. Nicol Turner Lee, a fellow at The Brookings Institution Center for Technology Innovation and supporter of the Lifeline program, tells USA TODAY.

“There will be a swath of people that are dependent on these two companies to survive.”

Turner Lee hopes T-Mobile and Sprint “realize that they’re sitting on an asset where they can have two choices: either enhance their services or exploit them. And I would think in the day and age of competitive broadband services doing the latter is not going to help them.”

Representative Tony Cárdenas, D-Calif., who initially spearheaded a letter signed by 50 members of Congress asking the companies about their commitment to Lifeline in February, was pleased with T-Mobile’s pledge.

“I appreciate T-Mobile responding to our questions and look forward to learning more specifics about how the proposed New T-Mobile plans to commit resources necessary to make Lifeline participation increase year over year,” Cárdenas said in a statement.

“Should the merger go through, I look forward to receiving updates on New T-Mobile’s actions to assure mobile services for vulnerable populations for generations to come.”

Executives from T-Mobile and Sprint, including Legere and Sprint executive chairman Marcelo Claure, are expected to appear on Capitol Hill on Tuesday before the House Judiciary Committee to continue to push for their merger.

U.S. workers don’t like open workspaces and rather work from home.