What if you wanted an easy way to help women business owners succeed? If when you went to buy something or hire someone, you could select a woman-owned business?  Well, if designer/entrepreneur Rebecca Minkoff has her way, you’ll soon have a way to quickly identify women-owned businesses – a “female founder” symbol to look for whenever you shop or hire.

“First and foremost, we want a symbol that can be recognized on packaging, or websites, or storefronts,” said Minkoff. “We want to galvanize a community to buy from and support each other…We can educate the consumer in the (same) way that she’s been educated to turn over and see (if a product) is non-GMO or organic.”

More: The best of deals and the worst of deals: Small business lessons from the NBA

One of the main goals of the collective is to increase women-owned businesses’ share of sales revenue. To do that, they launched a symbol—a seal—that women-owned businesses can use to identify themselves. “Women are more likely to support female-owned companies if they only know how,” said Minkoff.

But the Female Founder Collective is designed to be more than a symbol. Minkoff and other collective founders aim for it to be a platform and a movement for female business leaders to connect and support each other, socially, legally and economically. “There are between 1100 and 2000 female-owned businesses starting every day,” said Minkoff, “and I think those women face unique challenges that they’ve never faced before.”

“The goal is to have a directory of all these (women-owned) brands,” said Minkoff. “It will be a b2c (business to consumer) directory, and a b2b (business to business) portal for these companies to continue to help one another.” 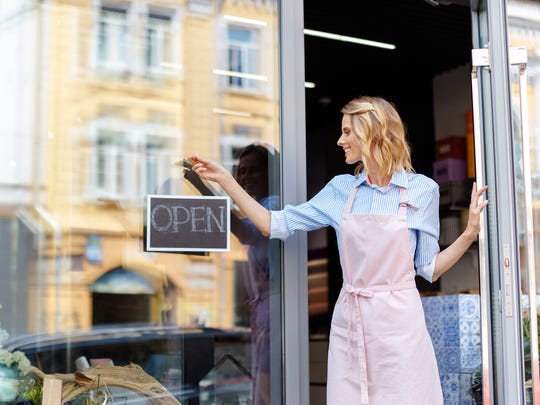 The collective was launched in September 2018 and it already has more than 3,000 women members. “When you see a ground swell of this kind of activity it reflects a need that is not being met,” said Minkoff.

“I have 11 million businesses to reach,” said Minkoff. “I would love all them to turn lights on this seal so it’s recognizable and we change our shopping habits…If we’re all shopping from females, that wealth trickles up.”

Does the idea of identifying businesses by gender, ethnic or religious groups bother Minkoff?  “It’s been filtered the opposite way for a really long time. So if the pendulum has to swing a little bit to get things more equalized, I’m okay with that. Men can have their own symbol.”

Minkoff has entered into a partnership with Visa, which has recently launched the “She’s Next” campaign to help empower and educate female business owners. On March 6 —International Women’s Day — the Collective and Visa’s She’s Next will host a day of workshops in New York City for hundreds of women entrepreneurs to help give them tools and training to help them significantly scale their companies. 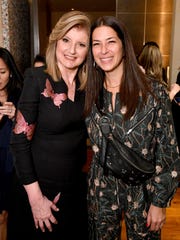 A recent Visa study on the State of Female Entrepreneurship indicated that 73 percent of women entrepreneurs reported having difficulty securing the funding they needed to start their businesses, so Visa and Chase will co-host a workshop on lending to help women get the loans and capital they need.

“Starting and growing a business can be both incredibly rewarding and daunting,” said Suzan Kereere, Visa’s global head of merchant sales & acquiring, who is heading up Visa’s She’s Next campaign. “There is never enough time or enough resources, but when we work together to support each other, amazing things can happen.”

If you’re a woman business owner who wants to join the Collective, go to the Female Founders Collective website (www.femalefoundercollective.com ) and fill out the application. Your company must be majority-owned by women.

Once you are a member, “We send you the seal to use…so consumers can see it, wonder what it is, and hopefully seek it out,” said Minkoff. “You get access to our Slack, Google, and Facebook groups. You get access to events, and we send information of use to the community.”

Rhonda Abrams is the author of “Six-Week Start Up” just released in its fourth edition.  Connect with Rhonda on Facebook and Twitter: @RhondaAbrams. Register for Rhonda’s free business tips newsletter at www.PlanningShop.com.

Who is billionaire behind Morehouse graduation gift?

Poorest cities in the US face financial hardships and poverty