Crews are using air boats to scour the shallow waters of a southeast Texas bay for clues about what led to the sudden crash of a Boeing 767 cargo plane, and for the body of one of the three people aboard. (Feb. 26)
AP

These are some of the elements cargo plane pilots frequently encounter as part of their jobs, presenting them with different challenges than their peers who carry passengers.

It’s not clear yet whether any of these factors played a role in Saturday’s crash of an Amazon Prime Air cargo plane outside Houston, but the accident has shined a spotlight on the conditions in which freight flights operate at a time when their demand is on the rise with the popularity of e-commerce.

“Flying cargo is a different type of operation than carrying passengers,’’ said longtime pilot John Cox, who writes the Ask the Captain column for USA TODAY. “There are higher levels of risk and there are more hazards flying cargo than there are with passengers.’’

Cox, president of the consulting company Safety Operating Systems, is particularly concerned about the different rest requirements for commercial passenger and cargo pilots. 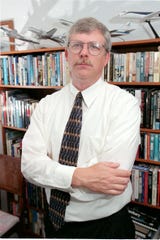 When the Federal Aviation Administration implemented new rules mandating 10-hour rest periods for pilots in 2014, an exception was carved out for cargo pilots as a concession to the freight industry, so they were kept under the old regulations that called for eight hours.

Cox is among those who consider that a mistake.

“Fatigue has been either the direct cause or a contributor to several accidents,’’ he said. “The fatigue issue for cargo pilots is very real.’’

The National Air Carrier Association, a trade group made up of 16 carriers, did not return USA TODAY’s calls and emails seeking comment.

The industry’s safety record has been pretty remarkable, though not as impressive as its counterpart on the passenger side, which accounts for 15 times the number of domestic flights.

Since Feb. 13, 2009, the day after a Colgan Air plane crash that killed 50 people (including one on the ground) north of Buffalo, the only casualty in an accident involving a U.S.-based airline came last April when a passenger was partially sucked out of broken window after an engine exploded during a Southwest Airlines flight.

A Bloomberg report said Saturday’s tragedy represents the fifth fatal crash of a U.S.-registered cargo plane in the last 10 years, costing a total of 16 lives.

When also counting smaller planes, though only those certified as capable of carrying at least 12 passengers, there have been 17 fatal accidents involving cargo aircrafts run by U.S. operators since 2009, compared with 12 for passenger airlines, according to the Flight Safety Foundation.

It is those smaller cargo planes that raise some of the biggest concerns, said Thomas Anthony, director of the Aviation Safety and Security Program at the University of Southern California.

“A lot of cargo operations are back of the clock, so they’re flying at night,’’ Anthony said. “And especially the feeder operations, they’re not flying into those airports with the highest level of instrumentation for navigational aids and for air traffic. You see the Cessna Caravans that are feeders for FedEx, well, they’re flying everywhere.’’

Indeed, one Caravan and two Cessna Cargomasters made the list of 17 cargo planes that crashed.

But Robert Ditchey, a former Navy pilot and airline executive and now a consultant and expert witness for litigation cases, says it’s important to sort through the numbers because flight operators can be very different, and it’s misleading to lump them together in the same category.

Ditchey tells a story about the time he worked as an executive in Miami for National Airlines – later acquired by Pan Am – in the 1970s. He said a part of the airport known as “corrosion corner’’ was populated by the kind of outfits that lived up to the expression “fly by night’’ in every way.

“That exists today,’’ Ditchey said. “They are vastly, vastly different from UPS or FedEx and so on.’’

Ditchey acknowledged flying into smaller airports with lesser instrumentation presents additional risks, and he said the amount of cargo can become a challenging factor on some flights.

Freighters sometimes carry large loads of lithium batteries, which are limited on passenger flights because they can heat up and explode, and may also transport animals and hazardous materials. Their design also makes it more difficult to suppress fires.

In 2010, the crash of a UPS plane outside the United Arab Emirates city of Dubai was traced to a fire from lithium batteries. Investigators also found that smoke-detection equipment took too long to alert the crew members, both of whom died in the accident.

The Air Lines Pilots Association, which says on its website that it represents more than 61,000 pilots at U.S. and Canadian airlines, has posted a position paper in which it calls for equal security standards for passenger and cargo pilots. It also requests the same rest requirements and the installation of intrusion-resistant cockpit doors on cargo planes.

Those measures may become more important as cargo flights continue to soar.

According to the Bureau of Transportation Statistics, the number of cargo flights in the U.S. increased by close to 100,000 in the last five years, to an estimated 550,000 in 2018 (December figures are not yet available). That’s just 1/15th of the more than 8.5 million domestic passenger flights, but the amount is still significant.

“Homeland Security and the Department of Transportation as a whole don’t have an unlimited budget, so they’re going to provide the greatest security where you have mom and pop and Bill and Joel boarding the airplane, as opposed to somebody sending toilet paper to sub-Saharan Africa,’’ Ditchey said. “The priorities are different.’’

'I missed being a dad'

What to know about the proposed abortion ban

Brothers tell cops they were paid to stage attack