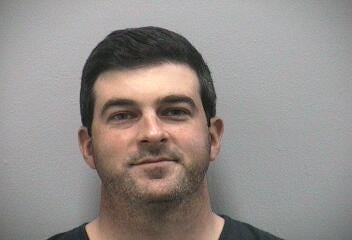 Johnny DelPrete, the longtime boyfriend of LPGA star Jessica Korda, was arrested after a hidden camera captured him receiving a sex act at a Florida spa in October, according to an arrest report obtained by USA TODAY Sports on Monday.

According to the report, which was released by the Martin County (Fla.) Sheriff’s Office, DelPrete paid cash and received an explicit act at Bridge Foot Massage and Spa in Hobe Sound, Florida on Oct. 8. Covert video cameras placed at the spa by law enforcement captured him entering the spa at roughly 3:41 p.m.

DelPrete, 29, was arrested on one charge of soliciting prostitution and one charge of use of a structure or conveyance for prostitution Friday and released on $2,500 bond. The former Web.com Tour golfer did not immediately reply to a text message seeking comment Monday morning. DelPrete has worked as a PGA Tour rep for Scotty Cameron.

Korda, who is No. 15 in Golfweek’s LPGA rankings, also has not responded to a request for comment.

DelPrete’s arrest came as part of a broad investigation into human trafficking at a number of spas across multiple jurisdictions in Florida, a probe that has also resulted in warrants for the arrests of New England Patriots owner Robert Kraft and billionaire equity firm owner John Childs, among others.

DelPrete was one of 35 people who were charged in Martin County, specifically, last week. Investigators targeted the Bridge Foot Massage and Spa after a health inspector noticed that several massage therapists at the facility appeared to live there and were nervous to speak with her, according to details in the arrest report.

Contributing: Roxanna Scott of Golfweek and Will Greenlee of TCPalm

How much does the tooth fairy give for a tooth? Payment on the decline