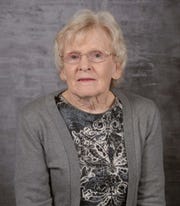 A beloved teacher was attacked and killed by a mysterious animal in North Carolina, and officials are still trying to figure out what happened.

On Friday, paramedics who responded to a 911 call for an animal attack found Brenda Hamilton, 77, suffering from serious injuries along a road in Beaufort County. Monday, the Beaufort County Sheriff’s Office said in a statement that Hamilton had died.

Officials originally said a DNA test eliminated “any wild animals indigenous to the area.” Later, they said test results did find K9 DNA at the scene that could match anything from a wolf or coyote to a domestic dog. Sheriff’s investigators are currently testing dogs in the area.

Hamilton was an English teacher for more than 50 years at a Christian school in Belhaven, North Carolina, where she is remembered by staff as their “angel.” Coworkers said Hamilton was attacked during her daily morning walk.

Monday, the school shared a statement on Facebook: “It is with the heaviest of hearts that I share our precious Mrs. Hamilton has gained her wings … Anyone who knew her has no doubt that when she enter the gates of heaven, she was welcome with these words…’Well done my good and faithful servant…well done.'”

Measles surge expands to 15 states, closes in on record