“Work your (rear) off, and don’t let the effort show,” Tom Harmon told his son, actor Mark Harmon, sounding eerily like his “NCIS” character’s famous rules. And we mean that as a compliment.

‘NCIS’ and Mark Harmon are back for a 16th season.
Time

After playing “NCIS” lead investigator Leroy Jethro Gibbs for the better part of two decades, one can see how that the character and Mark Harmon, the actor who plays him, have become one in the minds of viewers.

But it’s still striking how much the advice the 67-year-old actor shares in a new People interview sounds like it could have come straight from Gibbs’ beloved list of rules or a conversation with his character’s father (played by Ralph Waite). And we mean that as a compliment.

“My dad taught me, if it’s not true, don’t worry about it,” Harmon said of his late father Tom, who died when the actor was 38. Another motto: “Work your (rear) off, and don’t let the effort show.” 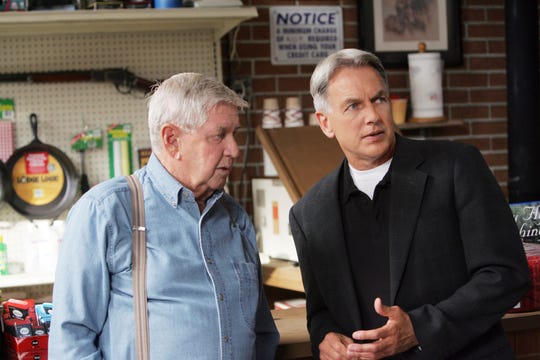 The lessons imparted by actor Mark Harmon’s late father could have easily been dropped into his “NCIS” character’s list of rules or a conversation with his father (played by Ralph Waites). (Photo11: Monty Brinton/CBS)

Harmon says his dad also taught him to “treat people the same, not based on who they are or what they are. Show them common kindness. Don’t be colored by their fame or profession.”

In another super Gibbsy quote, Harmon also told People, “I don’t get all excited by people blowing smoke up my (rear). You have to stay honest.”

As fans will note, there is room for a new rule in Gibbs’ box after he tore up the one advising investigators never to get personally involved on a case in a recent episode.

‘NCIS’ recap:  Bishop and Ziva prove Gibbs’ rules were meant to be broken

Celebs and fans rally around Alex Trebek after cancer news