Curtis “50 Cent” Jackson addresses his controversial Instagram post where he seemingly mocked actor Terry Crews for being a victim of sexual assault, saying he wrote “LOL” so “that means it’s a joke.” (June 29)
AP

Rapper 50 Cent is firing back at a New York Police Department commander who is being investigated for allegedly telling officers to “shoot him on sight” last year.

New York Daily News and TMZ report that Deputy Inspector Emanuel Gonzalez made the comment in June 2017 ahead of an NYPD-sanctioned boxing match that the “Get Rich or Die Tryin’ ” rapper was scheduled to attend. The Daily News reports the remark has since been walked back as a joke.

Sgt. Jessica McRorie confirmed to USA TODAY that the “matter is under internal review.”

“I take this threat very seriously and im consulting with my legal counsel regarding my options moving forward,” the rapper wrote on Instagram Sunday. “I am concerned that I was not previously advised of this threat by the NYPD.”

In another post, 50 Cent identified the officer, alleging that New York isn’t “safe.” “This guy Emanuel Gonzales is a dirty cop abusing his POWER. The sad part is this man still has a badge and a gun,” he wrote.

The rapper’s legal team mirrored his comment in a statement to USA TODAY.

“Mr. Jackson takes this threat very seriously and is consulting with his legal counsel regarding his options going forward,” attorney Stephen J. Savva said. “He is concerned that he was not previously advised of this threat by the NYPD and even more concerned that Gonzalez continues to carry a badge and a gun.” 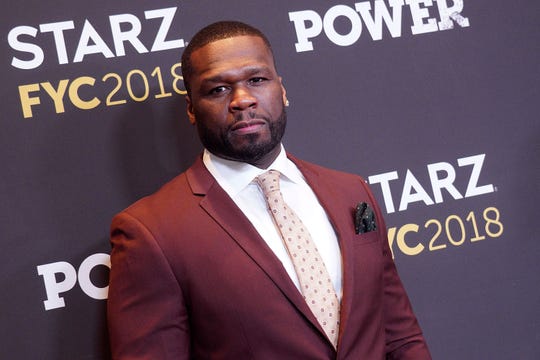 It appears this is not the first instance of bad blood between 50 Cent and Gonzalez. The NYPD previously investigated 50 Cent for making a threat against the officer last May after the rapper used his catchphrase “get the strap” (slang for a gun) on Instagram. In the end, no charges were filed.

Related: Terry Crews to D.L. Hughley, 50 Cent: ‘Are you implying I ‘wanted’ to be sexually assaulted?’

Felicity Huffman to enter guilty plea on May 13; sentencing to follow